Nova Scotia's freedom of information review officer says the government's decision to terminate her job with only two weeks notice shows a level of disregard and disrespect for an office committed to transparency and accountability.

Dulcie McCallum said her last day on the job will be Tuesday, two weeks after she was told she would not be reappointed at the conclusion of her seven-year term.

"It doesn't send a good message," she said Monday in an interview.

"The kind of disregard or disrespect for me personally or for the office and the importance of its work could permeate the system. Employees will think, 'Boy, if they treat her like that, what's around the corner for me?' Who's going to come to a province that behaves like that?"

Unlike most other freedom of information commissioners in Canada, Ms. McCallum is not an officer of the legislature. That means the cabinet alone decides on the appointment and has the power to replace the officer at the end of her term without the approval of the legislature.

With no independent review, the government leaves itself in an awkward position when asked to explain why someone has not been reappointed, Ms. McCallum said.

"If they don't have an answer, then they start walking down a partisan road, which is very dangerous for the reputation of this little office," she said.

Jamie Baillie, Leader of the Opposition Progressive Conservatives, said it appears the Liberal government is trying to silence a potential critic while making room for "another plum patronage appointment to a Liberal friend."

Ms. McCallum said she was given no reason for the government's decision. She also said she would have appreciated more notice to keep the office running smoothly through the transition period.

"My colleagues across Canada are quite stunned by it," said Ms. McCallum, who served as ombudsman in British Columbia and worked for the United Nations before moving to Nova Scotia in 2007.

"I don't think cabinet knows who I am … I don't really know if they understand what independence is really about."

Both she and Mr. Baillie said the position should be transformed into an independent officer of the legislature, like the province's auditor-general, ombudsman, chief electoral officer and human rights commissioner.

"As long as the government is picking them and starving them of resources we will not have an open and transparent process," Mr. Baillie said. "The Liberals promised to be transparent. This is a step backwards."

Ms. McCallum's main job is to resolve freedom of information disputes through investigation and mediation. She does not have the power to make binding orders.

Over the years, Ms. McCallum hasn't been shy about using her post to hold the government to account for its actions.

Two weeks ago, Ms. McCallum issued a report accusing the Nova Scotia government of routinely denying basic information to former foster children. The report said the Community Services Department is ignoring previous practice and the law through an incorrect interpretation of the Freedom of Information and Protection of Privacy Act.

In 2011, she issued a stinging report saying the Transportation Department's use of exemptions under the act was inappropriate and not permitted under provincial law.

And in 2010, Ms. McCallum publicly complained that the government wasn't providing her with the resources she needed to do her job.

"We're totally under-resourced," she said Monday, adding that she decided to stop complaining about the situation when it became clear the government wasn't about to change its ways.

"Sure we've had our delays and our problems, but we've put a brand new process in place over the last year or so. We're much more responsive to applicants."

Ms. McCallum said office director Carmen Stuart will be appointed as acting review officer until a replacement is found. 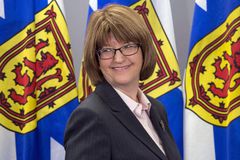 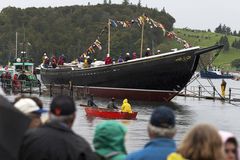 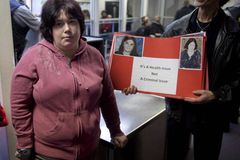