Nova Scotia is poised to abandon special political ridings created to ensure the province's Acadian and black minorities had a voice in the provincial legislature.

Established 20 years ago, the dedicated ridings – three for Acadians and one for black Nova Scotians – are believed by the independent commission studying them to be the only such ridings in the country. (One was offered to first nations at the time, but was declined.)

The majority NDP government appointed the independent body late last year, in an effort to ensure shifts and changes in the population are reflected. When the Nova Scotia Electoral Boundaries Commission released its interim report in May recommending the protected ridings remain – despite terms of reference requiring that each riding be within 25 per cent of the province's average number of electors – Attorney-General Ross Landry declared the report "null and void."

The independent commission, which believed the terms of reference were simply a guide and not binding, considered resigning.

"The principle that we are operating on is in an important principle – establishing parity of voting power. But when you give someone some privilege I think you have to be very, very careful about removing it," said commission chair Teresa MacNeil.

Last spring, the commission conducted public meetings, hearing from residents who supported the status quo. But the Attorney-General was not moved.

"I don't think at the end of the day that boundaries make a hill-of-beans difference in a democracy," Mr. Landry said. "It's a matter of how you balance the system out as long as each person gets one vote."

He argues it's "time to move forward," that government procedures and policies have changed over the years to ensure minority voices are heard. "What we are asking for is that Acadians in Bedford have the same voice in Richmond or Argyle or Clare," he said, referring to the three protected Acadian ridings.

Right now there are three Acadian MLAs representing the Acadian ridings, but there has not been an African-Nova Scotian MLA in the designated black riding of Preston (outside Dartmouth) for more than 13 years. The ridings each have about 7,000 voters, far fewer than the other 48 ridings which vary between 10,000 and 21,000 voters.

Adding to the controversy is the fact that Premier Darrell Dexter's government, with most of its strength in urban areas, does not represent any of the four rural seats. Not surprisingly, the opposition parties cried foul.

But the Attorney-General is quick to note that an all-party committee set the terms of reference.

And rather than resigning, Ms. MacNeil and her commissioners produced a "revised interim report" that proposes abolishing the protected ridings. In addition, it recommended the province have 51 ridings, one fewer than it has now.

They also conducted another series of public meetings, provoking more calls for the status quo. On one hot night in August, 2,500 people showed up at a hall in Yarmouth, a rural town of about 6,700, where they booed the commissioners for proposing to eliminate two of the Acadian ridings.

Now, the Acadian Federation of Nova Scotia has hired a team of lawyers to look into the feasibility of a constitutional challenge to keep the special ridings. "The question has always been how do you take a cultural linguistic minority and have effective representation in the provincial legislature," said federation president Ron Robichaud.

Yvonne Atwell, a former black MLA who represented the protected Preston riding from 1998 to 1999, defended the practice before the commission. "I've heard stories about, well, you haven't had any black representation for the past 10 years or nine years," she said. "And so? I have no idea what that means, but so what? The communities, the people, are engaged."

The commission is to deliver its final report on Sept. 21. The House of Assembly will then vote on whether to accept it. 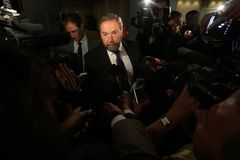 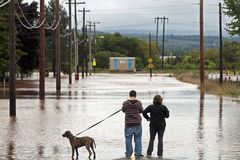