In the maelstrom student unrest has unleashed over the Quebec government's decision to incrementally raise tuition fees, a number of issues have been overlooked that are critical for a clear understanding of the debate.

Of the province's 460,000 post-secondary students, only 165,000 – or slightly more than 35 per cent – are striking. However, since faculties and student groups did not require unanimous consent when voting to strike, the number of students who actually voted in support of this action is likely less than 20 per cent of the total student body.

To put things further into perspective, the faculties that have opted to strike are not those known for their thorough grasp of concepts such as how inflation affects the price of goods and services; how to pay top teachers when universities are burdened by their own heavy debt loads; and the need for balanced state budgets.

A look at the lists of which faculties and student groups involved speaks volumes as one recognizes the intellectual and philosophical heft behind the strikers is comprised of those studying sociology, anthropology, geography, cinematography, and fine arts. Of the 160 university associations currently playing hooky, not a single group from the fields of commerce, finance, accounting, engineering, law, mathematics or administration is among them.

Further, in a formidable demonstration of their own ignorance of the fundamental economic principles of society, the students have constantly disrupted the lives of Quebeckers who pay the taxes that subsidize their education. It is these types of illogical acts of self-indulgence that make it clear the strikers do not understand the basic financial issues at stake and how damaging it will be for the future of our post-secondary education system to continue on this current path.

When broken down, the $325 annual increase is less than $6.25 a week. At some of the bars where I have seen students celebrating another "successful" day of protests, this is less than the price of a drink.

As a law student in Quebec, I support the tuition increase and feel it is long overdue. My faculty at Laval University, along with hundreds of thousands of other students, did not vote to strike largely because we recognize that Quebec is in a perilous financial state and that quality education comes at a price. With the provincial economy languishing as workforce productivity slows, our industries remain uncompetitive, and our ageing population struggles under one of the highest tax regimes in North America, we can no longer afford to foot such a large portion of the bill for our spoiled students.

The protests should also be taken as an indicator that our university system is in disrepair on the whole. This problem begins in our high schools, where many students no longer learn the more onerous but highly important subjects of mathematics, economics and science. This has carried over into universities that cater to this academic and intellectual timidity as enrollment in arts disciplines has increased while Quebec continues to lack the highly skilled workforce vital to prosperity in the modern economy.

Finally, and perhaps most importantly, Quebec must reassess its overall business model – and our universities are a good place to start. The debt and structural problems that Quebec faces are the culmination of years of unsustainable government spending on unnecessary social welfare programs which have bred complacency and a sense of entitlement among citizens. The protesting students can crow about the further entrenchment of our financially moribund and administratively bloated European-style social democracy, but the fact is it is simply unaffordable.

As the most recent talks to end the strike falter, the government must be prepared to show more resolve than it did in 2005 in the face of similar action on this issue. If Premier Jean Charest blinks and lets a small but vocal group of students win through intimidation, harassment and violence, then Quebec as a society may as well admit defeat as it will show the province lacks the mettle to make the difficult decisions required for it to survive. 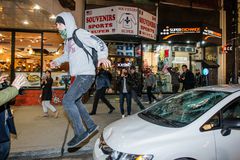 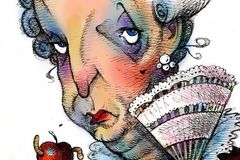 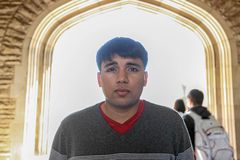 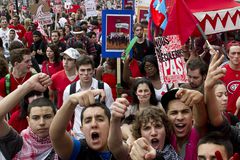 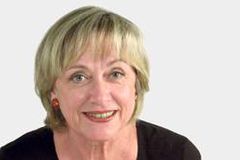