U.S. President Barack Obama is reaching out to his Mexican counterpart, Enrique Pena Nieto, as Washington launches a charm offensive to close a massive Pacific Rim trade deal next week.

As of Thursday afternoon, he had not made a similar call to Canadian Prime Minister Stephen Harper.

The White House announced Thursday that Mr. Obama called the Mexican President on Wednesday regarding Trans-Pacific Partnership talks to discuss "the importance of bringing the negotiations to a swift conclusion." Mr. Harper's staff said the Conservative Leader had not received a phone call from the White House.

Both Canada and Mexico, NAFTA partners with the United States, are standing in the way of of a TPP deal because of a dispute with Japan over how much of each auto or car part can be made overseas and still qualify to be sold in North America without duties under the Trans-Pacific Partnership.

Mexico, though, is arguably a far more vital auto-sector ally for Mr. Obama in his quest to seal a TPP deal. Mexico ranks second behind the United States and ahead of Canada in annual auto production, and its output is growing every year. The country once considered the junior partner in NAFTA will be producing five million vehicles annually by 2020, while Canadian output is expected to be about two million vehicles.

Japan, one of the most influential players in the 12-country TPP talks, has so far refused to give ground on rules in the proposed accord that could hurt the Canadian and Mexican auto sectors.

The ambitious talks aim to create a free-trade zone stretching from Chile to Japan that comprises 40 per cent of global economic output.

Under NAFTA, Canada, the United States and Mexico require more than 60 per cent of cars and auto parts to be made within the NAFTA zone in order to enter their markets tariff-free.

Trans-Pacific deal rules provisionally agreed to by Japan and the United States say that in the TPP zone, vehicles would be tariff-free even if only 45 per cent of their content is made within the TPP zone, and auto parts with as little as 30 per cent. The Canadian auto-parts industry has been pushing the government hard to hold the line at a minimum domestic content threshold of 50 per cent.

The existing NAFTA requirement for more than 60 per cent North American content gives some vehicle companies and parts makers a reason to consider Canada, even amid the flood of new automotive investment to Mexico and the U.S. South.

Canada's attractiveness as an auto manufacturing location is already weakening today as the flow of capital favours Mexico. And one senior auto parts industry executive says the domestic content level of 30 per cent sought by Japan would eliminate any reason to consider investing here.

Mexico and Canada effectively blocked a TPP deal in Maui this summer over autos. Trade ministers are once again preparing to gather, this time in Atlanta on Sept. 30, as Washington and Tokyo launch what they hope will be a final push for a TPP deal. Canada and Mexico have the potential to play the spoiler again in Atlanta.

Rick Roth, spokesman for federal Trade Minister Ed Fast, said the Conservative government will not sell out Canadian industry. "Our position at the negotiating table is informed by the views of job creators like Canada's auto assemblers, as well as our parts suppliers, not anti-trade activists," he said.

The full-court press in negotiations comes with Canada less than four weeks away from a federal election.

Mr. Harper said as recently as last week that Canada can't afford to walk away from a TPP deal.

The potential for a TPP that hurts the auto-parts industry comes when red flags are already flying high over some Canadian assembly plants.

Two large plants are on the endangered list – an FCA North America (Chrysler) plant in Brampton, Ont., and a General Motors Co. car factory in Oshawa, Ont. One GM plant in Oshawa is scheduled to close in 2017, although its life has already been extended several times. The future of a Ford Motor Co. engine plant in Windsor, Ont., is also in doubt because no new investment has been earmarked for it. 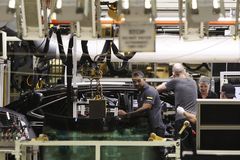 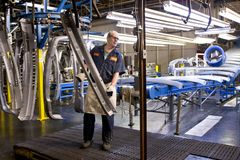