Canadian authorities insist they will decide what happens to Omar Khadr if his conviction for killing a U.S. soldier in Afghanistan more than a decade ago is overturned in the United States.

Lawyers for Mr. Khadr, now 26, said Friday they will appeal his guilty plea and conviction on murder and terrorism charges in a U.S. federal court that has already tossed out several similar Guantanamo military tribunal convictions.

Mr. Khadr would immediately become a free man in Canada if his conviction is overturned, according to his legal team.

But a spokeswoman for Canadian Public Safety Minister Vic Toews said his fate rests with the Parole Board of Canada.

"Omar khadr is a convicted terrorist," Julie Carmichael, an aide to Mr. Toews, said in an e-mailed statement. "He pleaded guilty to the murder of Christopher Speer, an American Army medic. Decisions related to his future will be made by the Parole Board of Canada."

Mr. Khadr has been held in the maximum-security Millhaven prison in Bath, Ont., since last September when he was transferred from the U.S. prison complex in Guantanamo Bay, Cuba.

Mr. Khadr was just 15 when he was captured in 2002 and convicted by a military tribunal of murdering U.S. Army Sergeant 1st Class Christopher Speer with a hand grenade.

Mr. Khadr eventually confessed to various war crimes, including murder, terrorism and spying. He also agreed not to sue the U.S. government, travel to the United States or make money from his story.

Mr. Khadr agreed to an eight-year sentence in Canada. He will be eligible for an initial parole hearing this summer, with two-thirds of his sentence remaining.

The Canadian government appears to be taking a hands-on approach to Mr. Khadr's situation. A federal cabinet minister rejected a request for a prison interview Mr. Khadr even though the warden gave it a green light — a move some are denouncing as extraordinary political interference, according to documents obtained by The Canadian Press under the Access to Information Act.

The documents show the warden of Millhaven Institution, where Mr. Khadr is in maximum security, approved an interview request by CP in January, only to be overruled.

The refusal came from Mr. Toews's office to Correctional Service Canada. Under normal procedures, the warden of an institution makes the final call on granting a reporter access to an inmate, according to CP.

Editor's note: An earlier version of this story incorrectly referred to Vic Toews as the Public Security Minister. 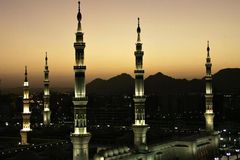 Opinion
Is this week’s terrorism news encouraging, or terrifying? It’s all perspective
April 25, 2013 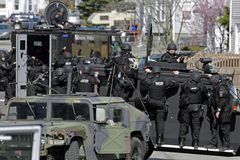