A second front in the war over veterans benefits opened up Wednesday as ex-soldiers rallied on Parliament Hill and the families of two young men killed in Afghanistan learned their discrimination complaints are likely headed for a human rights tribunal.

The demonstration, on the 68th anniversary of the historic D-Day landings, was aimed at the federal government's relatively new policy of paying injured soldiers lump-sum compensation for wounds and injuries, rather than life-time pensions.

At the same time came news that the Canadian Human Rights Commission is deciding what forum will hear the complaints of the families of two single soldiers killed in the line of duty, neither of them eligible for a $250,000 death benefit paid to married troops.

Errol Cushley, the father of Pte. William Cushley, and Beverley Skalrud, the mother of Pte. Braun Scott Woodfield, say they've been told that human rights investigators found merit in their complaints about the death stipend, which was instituted as part of an overhaul of veterans benefits in 2006.

The commission is currently weighing its options, which could include sending it to mediation or to a public tribunal hearing.

"I tend to look at it as: How ironic is this?" Errol Cushley told The Canadian Press in an interview Wednesday. "They give their life for a country, to help another country, and their own country doesn't recognize their human rights, or civil rights."

The rising discontent follows a major concession by the Harper government last week when it announced it would not appeal a court ruling on the clawback of insurance benefits for disabled veterans.

Mr. Cushley said he hopes the commission will refer the cases of single soldiers to a tribunal and public hearing.

Along with three other families, Mr. Cushley was inspired to pick up the fight over the death benefit after a previous case was thrown out by a tribunal just as it was about to rule.

In that case, Veterans Affairs short-circuited the complaint by Lincoln Dinning, declaring that his son's girlfriend was entitled to the stipend and consequently Cpl. Matthew Dinning was no longer considered single. The department made the decision to award the benefit almost five years after initially rejecting the woman's application to declared the soldier's common-law spouse.

Both the death benefit and the lump-sum award for injuries were introduced as part of the New Veterans Charter, a program designed under the Liberals, but enacted and championed by the Conservatives.

"We need change," asked Mike Blais, the president of Canadian Veterans Advocacy, who organized Wednesday's small but boisterous rally. "When are we going to say that the New Veterans Charter is a complete failure?"

The lump-sum payment has been a sore point for veterans since it was introduced and an actuarial study concluded in 2010 that it penalized the lowest-paid veterans with families and the most severely disabled.

The Harper government tweaked it during an overhaul of the charter last year, allowing injured troops to decide whether they want to receive their payment all at once — or over time.

The benefit is paid out on a sliding scale to a maximum of $285,000, depending on the severity of the injury.

Critics say lump-sum payment is cheap in comparison to similar benefits in other countries, such as Britain and the United States, where payouts are three times higher. Veterans officials count that the Canadian figure was based upon a study of settlements handed out by the courts and workers compensation awards.

Mr. Blais calls that a bogus argument and points out the average court awarded settlement for injury and negligence in Canada is now $350,000 or more.

He said veterans of Afghanistan are entitled to the same consideration as those who landed in Normandy.

"Minister Steven Blaney is listening to our Veterans' concerns and has taken action," Codie Taylor said in an email that pointed to the government abandoning the insurance clawback case and highlighted the department's attempts to cut red tape.

Review board fails to give veterans benefit of the doubt: ombudsman
May 7, 2012 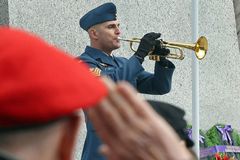 Report on soldier's suicide was heavily redacted for parents, commission hears
May 17, 2012 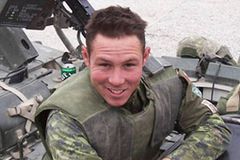 Mother wonders why military withheld her son's suicide note
May 7, 2012