It was meant to be, as Barack Obama described it in London with his British counterpart beside him, another unified mission to storm the beaches of Normandy in the name of peace and democracy.

And the Western world's leaders do plan to use the Deauville, France, G8 summit to present a united front on the conflicts and revolutions of the Middle East. But one of the rare sources of friction has turned out to be the renegade Middle East views of Stephen Harper.

Alone among G8 leaders, the Canadian Prime Minister refuses to embrace the U.S. President's plan to begin peace negotiations between Palestinians and Israelis on the basis of a return to Israel's de facto borders as they existed before its 1967 war with neighbouring Arab countries - a precondition, accepted by Arabs and by many previous Israeli leaders and Canadian governments, that would be necessary to get Palestinians back to the table.

Mr. Harper made his opposition to that position clear through a spokesperson shortly after Mr. Obama's Middle East speech last week in a pre-G8 briefing, making him the lone leader in the G8 not to back the U.S. preconditions.

There was some sense that Canada is putting an obstacle in the way of this goal. "Mr. Harper clearly is the odd man out on this one, and it won't do him any favours," a British official involved with the G8 conference said.

Indeed, the summit opened Wednesday after a day of meetings between Mr. Obama and Britain's Conservative Prime Minister David Cameron in which the two leaders made a bold show of having brought together their positions on Israel, the Palestinians and the Arab revolutions.

Mr. Cameron has generally been much tougher in his criticisms of Israel and more hawkish in his support of Arab revolutions than his U.S. counterpart, but Mr. Obama said they had "turned a corner" and built a common front. Mr. Cameron, standing beside the U.S. President, called his speech "bold" and "visionary."

Canada has not been included in such initiatives because of Mr. Harper's positions.

But others felt that Mr. Harper's recalcitrance would be less of an obstacle: After all, he has taken positions that side unilaterally with Israel since his first G8 summit in St. Petersburg shortly after he became Prime Minister in 2006, when he shocked delegates by rejecting a resolution calling for restraint in Israel's attack on Lebanon, instead drafting his own "Canadian resolution" supporting the Israeli cause.

"Canada is clearly at one extreme end of a continuum on the Israel issue, but we are not an outlier," said John Kirton, the director of the G8 Research Group at the University of Toronto. "It's fair to say that they will be able to issue a united statement, perhaps without being specific on the 1967 language, that allows Mr. Obama to say he has made progress on this."

This did not stop Mr. Obama from declaring this summit a historic moment. In fact, he told Britain's House of Commons, this is a "pivotal moment" in history, in which the death of Osama bin Laden and the winding down of the wars in Iraq and Afghan (the latter of which will be the subject of difficult talks in Deauville) are putting an end to the events that defined the 2000s, and the economy, he said, is improving.

That statement will not resonate on the Normandy coast: The majority of the G8 countries are European and are embroiled in an increasingly serious monetary and fiscal crisis whose resolution will likely devour much of the leaders' time this week. The leaders of the larger G20 group of emerging economies have generally experienced no crisis whatsoever and will be watching with bemusement from a distance.

G8 summit will see Harper define his position on Arab Spring
May 25, 2011 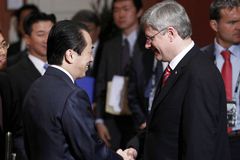 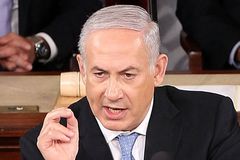 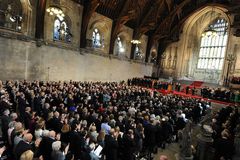 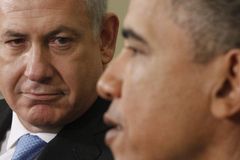 Will Harper's majority change his approach to the world?
May 9, 2011 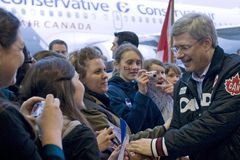