Canada's official gift shop is tucked into the fourth floor of a government building in nearby Gatineau, Que., but you won't see any tourists lining up at the cash register to buy coffee mugs adorned with Mounties.

This taxpayer-funded store carries only high-end souvenirs, reserved for the elite ranks of the federal government.

The so-called Gift Bank is routinely raided by cabinet ministers, heads of Crown corporations, even Supreme Court justices, whenever there's an opportunity to impress foreign dignitaries at home and abroad with a distinctively Canadian memento.

More than 1,000 items are in stock, ranging from silver cufflinks and pen sets to elegant Inuit soapstone carvings of bears and whales. Cultural artifacts from all of Canada's provinces and territories are on offer, many of them hand-crafted.

There's a $500 upper limit on the value of any single gift, and the inventory is currently valued at almost $120,000.

And internal records of withdrawals from the shop over the last three years reveal something of the gift-giving habits of Canada's top politicians.

Seventeen cabinet ministers have shopped there since 2012, none so often as Joe Oliver, now Canada's new finance minister.

Oliver returned to the shop eight times for 62 gifts over three years, taking a total of $12,000 in mementoes for foreign dignitaries, making him far and away the most generous cabinet minister.

The record shows Oliver's prolific gift-giving occurred during his time as natural resources minister, with each gift averaging about $200 in value.

Oliver's choices were pan-Canadian, with selections balanced from west to east. He often chose pen sets and cufflinks, but twice picked carved soapstone bears from Nunavut, for about $500 each.

The Canadian Heritage Department, which runs the Gift Bank, released internal documents to The Canadian Press under the Access to Information Act, but withheld the identities of the dignitaries receiving the gifts to protect foreign relations.

The rules say cabinet ministers can give gifts to their counterparts in foreign countries up to a value of $500, or $300 if the gift is given while the dignitary is visiting Canada. For deputy ministers and their equivalents, such as the head of a Crown corporation, the limits are $200 and $100.

Jason Kenny as citizenship minister took 48 gifts over three visits, for a total value of $6,844, making him the second most generous cabinet minister. Cufflinks were frequent choices, though he once gave an acrylic painting worth $500.

The gift choices of other ministers reflect their background. Maxime Bernier, representing the Beauce riding south of Quebec City, picked presentation bottles of famous Beauce maple syrup, at $45 a pop.

The late Jim Flaherty gave modestly priced gifts, including a bowl and plate crafted in Ontario, where the former finance minister's riding was located.

Rob Nicholson, as justice minister and now at defence, used the gift bank six times. The record shows that last August, he presented a pair of gifts, a copper plate and box, to an unidentified foreign official "to satisfy cultural superstition."

Pierre Manoni, a Canadian Heritage spokesman, explained that "odd numbered gifts are considered 'bad luck' in some countries. Therefore, two gifts may be provided, such as two candlesticks. ... The cost of the combined gifts will not exceed the allowable limit."

Non-cabinet officials were also frequent visitors to the gift bank, including Beverley McLachlin, Supreme Court chief justice, who chose a soapstone bear and two copper boxes, each at the higher end of the price range.

Ward Elcock, special adviser to the prime minister on human smuggling, picked 37 gifts from the shop for his frequent travels, including pens and cufflinks. Wayne Wouters, clerk of the Privy Council, appears only once — taking away books and a pen, perhaps not surprising for a clerk.

Prime Minister Stephen Harper did not make any withdrawals from the gift bank over the last three years, though he is known to have presented gifts abroad. The rules do not require ministers to use the gift bank.

Manoni says the shop's inventory is carefully chosen by discerning public servants working in the state ceremonial and protocol directorate.

"Items must be Canadian made and-or made with Canadian products, by Canadian artists, and must not exceed $500," he said.

"Consideration is given to weight, size, fragility, cultural beliefs and sensitivities, general appearance, and we strive to ensure that each province (and) territory is represented."

The department declined a request to visit the shop. 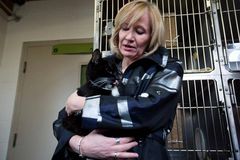 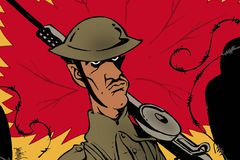 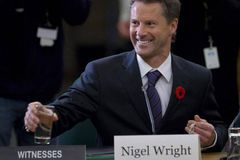