Ontario's air-ambulance service has won the go-ahead to fix a major problem with its helicopters that restricts paramedics from performing life-saving CPR on patients, welcome news that came the same day Ornge severed its ties with its chief executive officer.

Transport Canada gave Ornge the green light on Thursday evening to resolve a design flaw that places patients too close to the ceiling of the cabin, leaving paramedics without enough head space to perform CPR. The approval paves the way for Ornge to operate its new fleet of helicopters without compromising patient safety.

"That's a big win for us," said Ron McKerlie, interim chief executive officer of Ornge. "This is exactly what we wanted."

The approval from Transport Canada caps a tumultuous few days during which Ornge won, then lost, and then won again the regulator's blessing.

The problem with the helicopter's medical interior is that the pedestal where the stretcher rests is too high. Ornge received an exemption from the regulator's rules that allows the stretcher to be in an unconventional position, across the cabin rather than lengthwise, during takeoff and landing.

Paramedics often turn the stretcher so they can perform CPR when the aircraft is on the ground or in the air. But under Transport Canada rules, they must return patients to the lengthwise position during takeoff and landing, regardless of their medical condition.

The exemption came from Transport Canada after it initially approved but then rejected a temporary solution. Mr. McKerlie spent the weekend at Ornge's helicopter base on Toronto Island, where engineers came up with an interim fix that called for mounting one stretcher on top of another instead of on the pedestal.

A representative acting on behalf of Transport Canada okayed the plan, and Mr. McKerlie sent an e-mail to employees on Wednesday afternoon with the good news. An hour later, he received an e-mail from Transport Canada, informing him that it had "safety concerns" with the double-decker stretcher configuration.

"It's been quite the roller coaster," Mr. McKerlie said.

While Mr. McKerlie, a senior bureaucrat who assumed the helm three weeks ago, spent his time on the helicopter interiors, a trustee in bankruptcy was appointed on Thursday for two private for-profit consulting companies, which gave Ornge the legal authority to terminate the employment of chief executive officer Chris Mazza without severance. Dr. Mazza had been on medical leave since December, and remained on the payroll of one of the consulting companies, Ornge Global GP Inc., earning $1.4-million a year.

Without the bankruptcy, the new board members' hands were tied. That's because Dr. Mazza was an employee of Ornge Global GP and reported to that company, which had a separate board of directors. Maria Renzella, Ornge's chief operating officer, was the only other employee of Ornge Global GP. She was also removed without severance pay after going on medical leave last week.

The government has ordered Ornge to wind down for-profit entities that it had created to generate revenue by trading on the expertise of the taxpayer-funded air ambulance service. These entities were to receive 97 per cent of the revenue, leaving just 3 per cent for the air ambulance service, according to a copy of a briefing document prepared by Ornge's former chairman.

Ornge Global GP and Ornge Global Holdings have no assets, said a source familiar with the bankruptcy.

Mr. McKerlie said his main priority is getting everyone in the organization to focus on delivering air ambulance service and patient safety. That will be easier, he said, now that Ornge has severed its ties with Dr. Mazza.

"The rest of it has been a bit of a distraction," Mr. McKerlie said.

Progressive Conservative MPP Frank Klees said that until there is a further house cleaning at Ornge, which is under investigation by both the Finance and Health ministries, "nobody in this province can have confidence that the air ambulance service is being managed the way it should be." 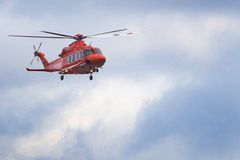 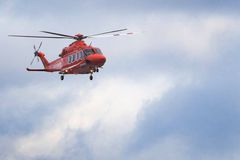 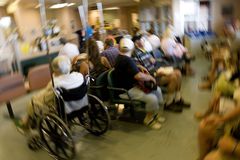 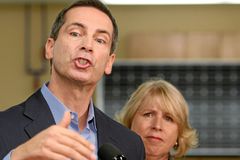 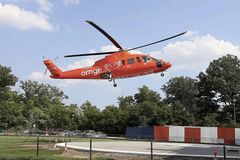