The Ontario government's temporary fix to a perennial shortage of ER doctors in many rural and remote communities will come under the scrutiny of the province's Auditor-General.

The government has prevented hospitals from having to close their emergency departments by paying generous bonuses to doctors who fill temporary shifts. The doctors work for HealthForceOntario, a publicly funded recruitment agency that is the subject of one of 10 value-for-money audits Bonnie Lysyk has done in her annual report, to be released on Tuesday.

Ms. Lysyk's report will highlight that a chronic shortage of emergency doctors across Canada has no long-term solution. HealthForce is supposed to be a stop-gap measure. The agency launched a project seven years ago to provide high-needs hospitals with ER doctors as "an interim measure of last resort." But more than half of the province's 95 small and medium-sized hospitals have used it, Health Ministry spokesman David Jensen said. The agency currently has 77 openings for emergency doctors.

Ontario is far from alone. The Pasqua Hospital in Regina averted a temporary closing last month after doctors agreed to work extra shifts. Nova Scotia reduced down time in several rural ERs to 15,083 hours in fiscal 2013 by staffing them overnight with nurses and paramedics. Doctors at ERs in rural British Columbia earn stipends capped at $65,000 a year. But many health-care experts question whether throwing money at a long-standing problem is appropriate, especially when provinces are trying to rein in health-care costs, calling it a Band-Aid rather than a solution.

The bonuses paid by HealthForce – up to $190 an hour on top of the average hourly rate of about $150 for doctors who work in small remote hospitals – have resulted in a two-tier compensation system for the province's 2,000 emergency physicians.

The government has quietly paid the incentives while preaching restraint. A contract reached with the Ontario Medical Association in 2012 freezes total funding for physician services at $11-billion a year – an achievement touted as a means to help the province eliminate its deficit. Doctors' compensation represents about 20 cents of every $1 spent on health care, second only to hospitals.

HealthForce is funded by the Health Ministry and has received $30-million over the past four years, according to the public accounts. Its financial incentives are controversial because its doctors often earn twice as much as those on a hospital's staff.

"I don't think hospitals should be allowed to pay them more and neither should the government do that," said Tom Closson, former president of the Ontario Hospital Association.

HealthForce is part of a patchwork approach to addressing staff shortages: Some hospitals use doctors from the military; others recruit temporary doctors, or locums; MedEmerg, part of private health-care company McKesson Canada, provides temporary doctors to more than 30 hospitals and correctional facilities.

Hospitals that recruit locums do not pay bonuses. "We never want to have to use HealthForce," said Gwen Devereaux, recruitment leader at the Alexandra Marine and General Hospital in Goderich. "We understand it's incredibly expensive for the taxpayer."

Neither does the Perth and Smiths Falls District Hospital in Eastern Ontario. It uses military doctors for many weekend shifts, said Alan Drummond, an emergency doctor at the hospital. Bonuses, he said, are "disruptive to the core group's morale."

Niagara Health System, six hospitals serving 434,000 people in a dozen communities, is weaning itself off HealthForce and MedEmerg. At one time, MedEmerg filled one-third of all ER shifts at a Niagara Health site. But Niagara Health has aggressively recruited doctors since 2009, spokeswoman Caroline Bourque-Wiley said. It has paid $83,340 in fees to MedEmerg to date this year, down dramatically from a peak of $504,678 in fis‎cal 2011.

Dr. Affleck, who is also adviser for emergency services in northwestern Ontario, said HealthForce has rescued many hospitals within 24 hours of temporarily closing their ERs. "They really have saved the closure of emergency departments up here," he said. 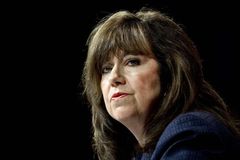 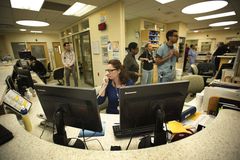 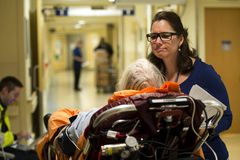 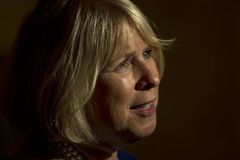 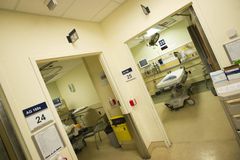 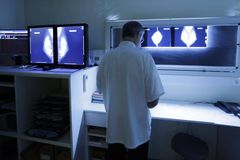 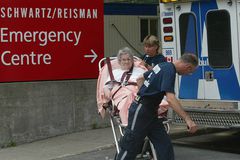