The Ontario government is considerably downsizing a proposed super pension fund that would manage the retirement savings of public-sector workers.

The government was planning to create a pooled fund to manage the pension plans for employees in community colleges, many universities and the province's largest public sector union. But under a new accord with the government, two of the pension plans have been exempted from becoming part of the proposed fund.

The super fund was to rank as the third-largest public sector pension plan in Ontario, with assets of $46-billion. But with two pension plans now out of the mix, its assets would shrink to just under $27-billion.

Finance Minister Dwight Duncan announced on Tuesday that the Ontario Public Service Employees Union Pension Plan and the Colleges of Applied Arts and Technology Pension Plan have each agreed to freeze their contribution rates for five years.

If there is a funding shortfall during that period, the pension plans would be required to reduce future benefits before increasing employer contributions. The two plans have combined assets of $19.3-billion.

The agreements demonstrate that the government can get work done even when the legislature is not in session, said Mr. Duncan, who vigorously defended Premier Dalton McGuinty's decision to prorogue parliament indefinitely and derail committee hearings into two cancelled power plants.

"To listen to the opposition, you would think that MPPs only work when the house is in session," Mr. Duncan said.

The pension plan accords, reached at a meeting on Monday evening, are part of the austerity measures Mr. Duncan unveiled in the budget last March to help the province tackle a projected deficit of $14.4-billion for this year. He said public-sector employees in Ontario will have to make higher contributions to their pension plans, have their benefits cut or work longer before they can collect retirement pay.

Currently, employees in HOOPP contribute 45 cents to the plan for every 55 cents from their employer. The government had planned to make employees subject to a 50-50 funding arrangement, HOOPP chief executive officer Jim Keohane said in an interview.

"They backed off on that," he said.

Pooling pension would create economies of scale and reduce administration costs. But there has been considerable pushback from labour groups amid concerns that they would have less say in how their funds were managed. Officials at OPSEU and CAAT both expressed relief that they will no longer be forced to pool their assets.

"The agreement is a major victory over what was sure to be an all-out attack on retirement security for thousands of public sector workers," OPSEU President Warren (Smokey) Thomas said on Tuesday.

However, the Canadian Union of Public Employees, another labour group, said the agreement with HOOP is premature.

"Unanimous consent of all [the participants in the pension plan] is required and CUPE is not in agreement," it said in a statement.

A spokeswoman for Mr. Duncan said the government still plans to create a pooled fund to manage university employees' pensions as well as the $12-billion fund set aside to safely store decommissioned nuclear reactors. The government is also looking at creating a pooled pension fund with assets of just under $15-billion for employees of the province's four electricity utilities, including Hydro One and Ontario Power Generation.

Mr. Duncan said the agreements with the three funds to freeze contribution rates will generate savings of $1.5-billion over three years for the province, but they will not show up in this year's budget.

The agreements do not address "the real and pressing need" for a public sector wage freeze," said Progressive Conservative MPP Peter Shurman in calling on the government to restart the legislature. 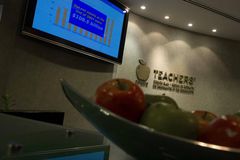 Hudak seeks to unlock the power of Ontario pension funds
May 1, 2018 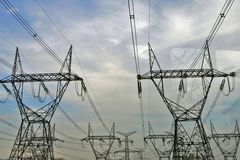 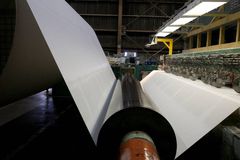 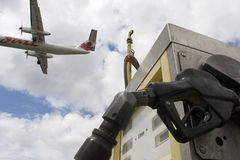