The Ontario government has announced a tentative deal with the province's physicians that freezes their overall pay for two years, putting a cap on the second-largest item in the province's health-care budget. The proposed accord also modernizes the system by compensating doctors for communicating by e-mail with patients, and cuts spending by reducing unnecessary tests.

The deal was reached after Premier Dalton McGuinty's government backed down on fee cuts for some services and agreed to introduce a new system for resolving disputes. The accord, which ends a bitter standoff between the government and the province's 25,000 doctors, will be closely watched by provinces that will soon be dealing with the same issues. Alberta's government is clashing with doctors after a tentative deal fell through.

For Mr. McGuinty, who announced last month that he is stepping down after nine years in office, the accord is one of the few bright spots in a year marked by labour discord with public-sector workers.

"This new agreement respects our fiscal plan, it respects Ontario doctors, it protects all the gains we made together on behalf of patients," Mr. McGuinty told reporters.

The deal, unanimously endorsed by the Ontario Medical Association's board of directors, was announced Tuesday and will be voted on by doctors in December. It would freeze total funding for physician services at $11-billion a year for two years, a move that would help the cash-strapped province eliminate its deficit of $14.4-billion. Doctors' compensation represents just over 20 per cent of Ontario's health-care spending, second only to hospitals.

High-paid specialists, such as radiologists, ophthalmologists and cardiologists, would be directly affected by the deal in two ways. They are the primary targets of fee cuts the government unilaterally imposed last May on 37 services and rolled into the new accord; and every doctor would be hit with an across-the-board pay cut of 0.5 per cent.

The government has now agreed to adjust six of the 37 fees. These include: reversing the fee reduction for self-referrals – doctors who refer patients for tests to clinics they own; increasing the flat fee for anesthesia services to $90 from $60; and restoring the premium for laparoscopic surgery to 25 per cent from 10 per cent.

Health Minister Deb Matthews said the OMA, which negotiates with the province on behalf of doctors, took a while to understand that the government was serious about reining in health-care spending while introducing reforms that would make the system respond better to the needs of an aging population.

By working in partnership with the province, she said, the OMA helped the government find cost savings by eliminating such things as unnecessary lab tests and performing fewer colonoscopies on healthy patients. These savings will be redirected to help compensate new doctors beginning to practise in Ontario. The government also plans to boost fees for doctors who make house calls and allow doctors for the first time to bill the provincial medicare system for consulting with patients by e-mail or telephone.

"We've got a fiscal reality," Ms. Matthews said in an interview. "We need to invest more in home care, more in community care. I can't do that if I increase overall spending."

The collaborative approach between the province and the OMA is in stark contrast to what happened earlier this year. Talks between the OMA and the province broke down in May after the government rejected the OMA's request to hire a conciliator and moved unilaterally to impose fee cuts on doctors. The OMA accused the government of hardball labour negotiations.

The draft accord contains measures that drastically curtail the government's ability to unilaterally impose changes to doctors' pay through regulations. Under a dispute resolution measure contained in the accord, the OMA would be able to call in a facilitator or, failing that, go to conciliation.

"That was very important," Doug Weir, president of the OMA, said in an interview. "Doctors have been wanting this for a long time."

Dr. Weir also said the terms of the draft accord are much less onerous for doctors, compared to what they were facing earlier this year.

"We were able to reverse a number of very significant things," he said, referring to the changes to the fee schedule.

It’s not just doctors and nurses we need
November 9, 2012 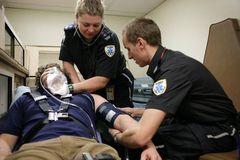 Ontario’s doctors should be at the negotiating table, not in the courtroom
July 10, 2012 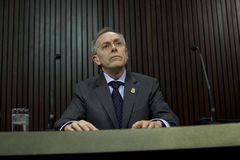 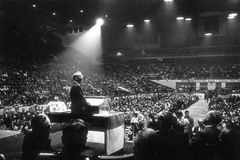