The veteran politician who oversaw the Ontario Liberals' three consecutive election victories won't steer the ship during the next vote, which could come as soon as this spring. Greg Sorbara's resignation as campaign chair is only the latest departure by a member of the party's old guard looking to give Premier Kathleen Wynne a free hand to put her stamp on the party and freshen up its image.

In an interview with The Globe and Mail, the former finance minister said he quit his seat in the legislature last year to focus on fundraising for the Liberals and preparing them for the next election. But when premier Dalton McGuinty unexpectedly resigned, he re-evaluated his options. Then, a new job opportunity came up – he would not say what it is – that required him to step away from politics. He made up his mind and informed Ms. Wynne two weeks ago.

"The time is right. It's in the best interest of Ontario's new government to have a new cast of characters take us to the next election victory," Mr. Sorbara, 66, said over the telephone from Florida, where he is on holiday with his family.

His rationale for leaving is similar to that of Dwight Duncan, another former finance minister and McGuinty stalwart, who quit politics to take a job at a Bay Street law firm two months ago. Mr. Duncan said he wanted to give Ms. Wynne more breathing room to shape the government and renew the party's brand.

Mr. Sorbara co-chaired the party's campaigns in 2003, 2007 and 2011. His duties will be taken over by Health Minister Deb Matthews and Tim Murphy, an ex-MPP and chief of staff to former prime minister Paul Martin.

Ms. Wynne dismissed the possibility that the changing of the guard would hurt the Liberals' electoral success.

"Greg Sorbara has worked very hard for the party and for our government," she said in London, Ont., standing next to Ms. Matthews. "I am very confident in our new co-chairs…and we will be very successful going forward."

The minority Liberals must get their budget through the legislature to avoid a spring election. If they do that successfully, they will still have to call two by-elections to fill vacant seats in Windsor and London, both of which are certain to be tough battles.

Ms. Wynne said the party is still undertaking candidate searches in both ridings and there are no firm plans on when to call the elections.

The new premier had a close working relationship with Mr. Sorbara. They co-chaired the 2011 campaign together and he supported her at the leadership convention. After her victory, Ms. Wynne tapped him as an advisor as she prepared to take over the premier's office.

Mr. Sorbara said Tuesday he has been a "big fan" of Ms. Wynne's since she was first elected in 2003, in part because of her grasp of policy.

He said that he initially remained neutral during the race, but that Ms. Wynne's upbeat performance at the convention convinced him she was the one for the job.

"After the speeches, I just realized that Kathleen, on balance, was the best person to lead the party," he said. "I was very touched. Listening to her, I knew she could handle the issues and the questions that come with governing."

During the leadership race, he said, all seven contenders sought his counsel. He told all of them to run, but discouraged both Mr. Duncan and George Smitherman from jumping into the fray.

Mr. Sorbara said either man would make a good premier, but that he told Mr. Smitherman not to risk losing a second election so soon after he was defeated by Rob Ford in Toronto's mayoralty battle. In Mr. Duncan's case, Mr. Sorbara said, he felt Mr. McGuinty needed Mr. Duncan to stay on as finance minister to implement wage freezes and other difficult policies. 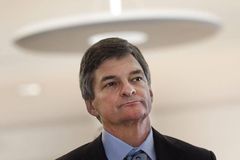 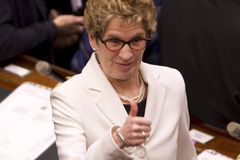 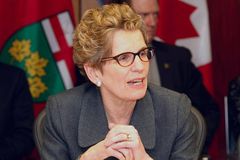