With strong levels of support in every region of the province, both Sandra Pupatello and Kathleen Wynne head into next week's Ontario Liberal leadership convention with a broad and varied group of delegates behind them.

Unofficial breakdowns of the past weekend's Ontario Liberal leadership vote show that both frontrunners, as well as Gerard Kennedy, managed to get delegates elected to the Jan. 25-27 convention throughout Ontario.

Sandra Pupatello, former MPP for Windsor West, elected 15 per cent or more of the delegates in each region of Ontario. Her camp has a strong rural bent, however, with more than one-in-three hailing from the southwestern and northern parts of the province. She claimed 48 per cent of the delegates elected in northern Ontario ridings, 46 per cent in Ottawa, and 32 per cent in southwestern Ontario, winning all three regions. She also placed second in the Hamilton-Niagara region with 27 per cent of the delegates and in eastern and central Ontario with 22 per cent. The former cabinet minister failed to elect a single delegate in only five ridings, all located in the Greater Toronto Area. This was her weakest part of the province.

Gerard Kennedy was not successful in electing as many delegates as either Ms. Pupatello or Ms. Wynne, but he nevertheless put up respectable numbers throughout the province. Though he won no single region or even placed second anywhere in Ontario, he took between 11 and 17 per cent of the delegates in every region, and failed to elect any delegates in only seven ridings. He put up his best numbers in Toronto, winning 17 per cent of the delegates.

Mr. Takhar's biggest rival in the GTA was Charles Sousa, who also took 22 per cent of the delegates in the region. Mr. Sousa's support was heavily concentrated in and around Toronto, where two-thirds of his delegates were elected. Like Mr. Takhar, he also had large variations in his support: over 20 per cent in the GTA and Toronto, and 5 per cent or less in northern Ontario, Hamilton/Niagara, and in Ottawa. Mr. Sousa failed to elect any delegates in 40 ridings.

Eric Hoskins won the fewest delegates of any of the candidates, but had a more even distribution than either Mr. Takhar or Mr. Sousa. He elected between 5 and 7 per cent of the delegates in every region except northern Ontario. He won his greatest share of the delegates in Ottawa and eastern Ontario, but was shut out in 49 ridings.

In addition to each riding electing 16 delegates to the leadership convention, university and women's clubs also voted for their own. Kathleen Wynne claimed six of the nine women's club delegates, with Sandra Pupatello winning two and Eric Hoskins one.

The 17 university clubs each elected eight delegates, with the lion's share going to Ms. Pupatello (42 per cent) and Ms. Wynne (32 per cent). Independents represented 13 per cent of the delegates elected (a larger share than in any region of Ontario), while Gerard Kennedy took 7 per cent of the student delegates.

The value of endorsements

With the exception of Mr. Hoskins, every candidate won their own ridings as well. Mr. Sousa took 14 of the 16 delegates at stake in Mississauga South, while Ms. Wynne took 13 in Don Valley West. Mr. Takhar won six delegates in Mississauga-Erindale, more than any one of his rivals. Mr. Hoskins won five delegates in St. Paul's, finishing second to Ms. Wynne. Ms. Pupatello won 12 delegates in her old riding of Windsor West, while Mr. Kennedy took 10 in his former riding of Parkdale-High Park.

Kathleen Wynne and Sandra Pupatello have the easiest paths to victory. But while Ms. Wynne has strong support in eastern Ontario and along the shore of Lake Ontario from Scarborough to Hamilton, she will need more votes from the delegates in southwestern Ontario and in the GTA. Ms. Pupatello is very strong in northern and southwestern Ontario, but has a gap that needs to be plugged in and around Toronto – something that could be done with Mr. Sousa and Mr. Takhar's delegates. Gerard Kennedy and, to a lesser extent, Eric Hoskins have a good number of delegates in every part of the province, and both frontrunners will try to woo them. But after the first ballot is over, delegates can change their vote however they like. The race to replace Dalton McGuinty as Ontario Premier is still anyone's to win. 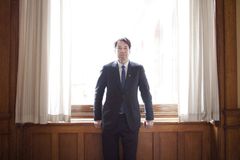 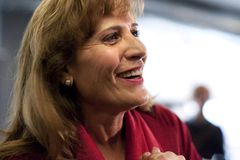 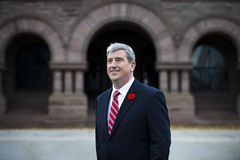 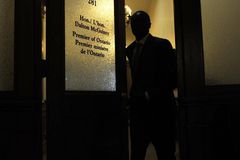