When Ontario's Liberal government cancelled plans to build two gas-fired power plants before the 2011 election, it seemed simple enough. Those plants were unpopular in the communities where they were to be built, and then-premier Dalton McGuinty needed to hold on to ridings in those areas to stay in power.

But the price tag for kiboshing the plants is estimated to be as much as $1.1-billion. And two of Mr. McGuinty's former aides, chief of staff David Livingston and deputy chief of staff Laura Miller, face criminal charges for allegedly orchestrating a plan to delete government emails and other documents that could have shed light on the cancellations. The scandal has dogged the Liberals for several years, and isn't going away any time soon.

This is how we got here. 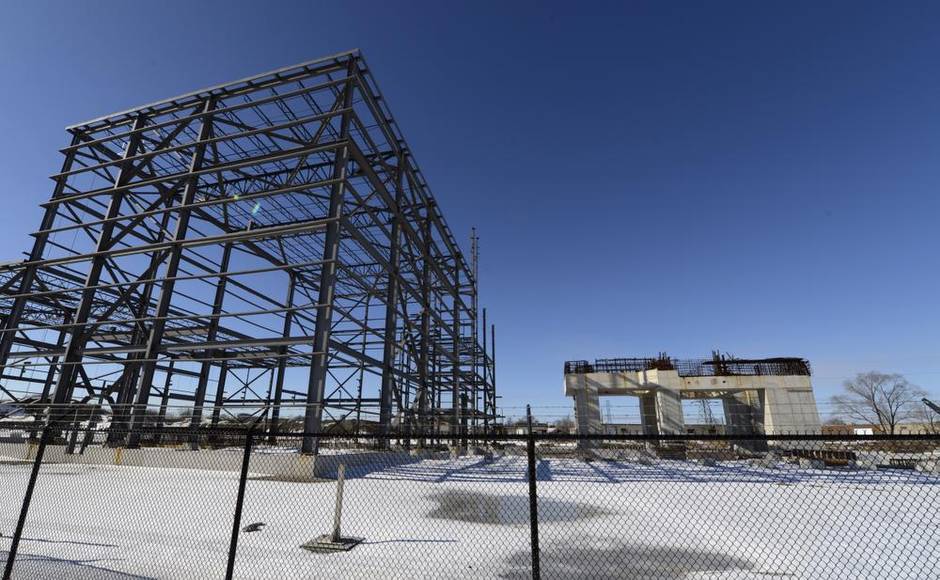 A steel frame, shown Feb. 21, 2013, is all that's left of a gas plant that was supposed to be built in Mississauga. (Fred Lum/The Globe and Mail)

In the 2000s, the Liberals contracted private companies to build gas-fired power plants to meet electricity demand in the growing suburbs west of Toronto. One plant, to be built in Oakville, was contracted to energy giant TransCanada. The other, in Mississauga, was to be constructed by a little-known company called Eastern Power run by brothers Gregory and Hubert Vogt, through subsidiary Greenfield South.

But both plants ran into opposition from locals who didn’t want them built in their neighbourhoods. The well-heeled denizens of Oakville even managed to bring in Erin Brockovich, the environmental activist made famous by a Julia Roberts movie, for one protest. Whether there was actually any health or safety risk from the plants is debatable, but the politics prevailed.

Mississauga and Oakville are both in the 905 belt around Toronto, named after the local area code, which is typically the main battleground in provincial elections. The Liberals were trailing in the polls ahead of the 2011 vote and badly needed to hold on to their core of suburban seats to win.

In October 2010, Mr. McGuinty cancelled the Oakville plant. A year later, in the middle of the election campaign, he promised to cancel the Mississauga plant, too. The Liberals won re-election, including all the seats in the vicinity of the plants.

In order to compensate TransCanada and Eastern for cancelling the plants, the government gave each of them a new contract to build a plant somewhere else. TransCanada is now building a plant near Napanee; Eastern is building one in Lambton County, near Sarnia. The electricity will have to be piped from those locations to the Toronto suburbs, where the power is needed.

Extra costs and savings due to gas-plant cancellations

How much did it cost, and why?

Originally, the Liberals said cancelling the gas plants would cost $230-million. That total represented the price for compensating TransCanada and Eastern for sunk costs, the money they had already spent on the plants.

But that total did not take into account the added costs of building the new plants in Napanee and Lambton. It will cost extra to transmit the electricity from these locations back to the Toronto area, where it is needed. So building in those locations will be more expensive than building in Mississauga and Oakville.

The Ontario auditor-general estimates that when you add it all up – sunk costs, plus the extra price of putting the plants in Napanee and Lambton – cancelling the plants cost up to $1.1-billion.

It also cost Mr. McGuinty his job – after details of the cancellations were revealed in the fall of 2012, Mr. McGuinty announced he would quit his post as premier after nine years. Kathleen Wynne, a cabinet minister and co-chair of the Liberals’ 2011 campaign, won the leadership a few months later. 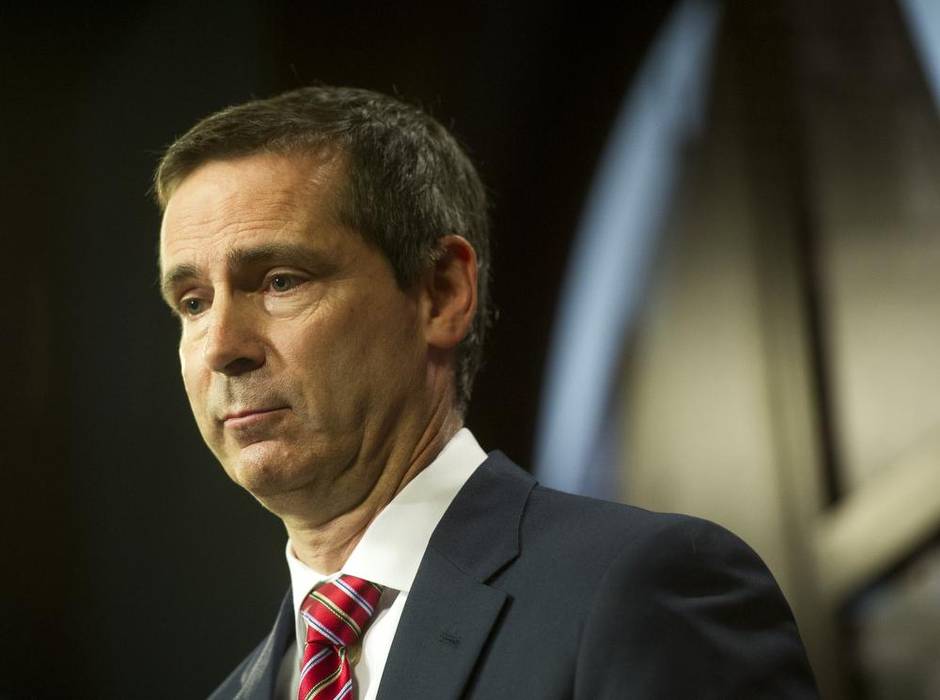 Why are the police involved?

After the 2011 election, the Liberals were reduced to a minority of seats in the legislature. A committee dominated by the two opposition parties started investigating the gas plant cancellations. As part of the investigation, the committee asked for thousands of pages of internal government documents, including e-mails between Liberal political aides. The committee has the right to demand these kinds of documents under a principle called “parliamentary privilege.”

The Liberals released some documents, but the opposition accused them of not releasing everything. Then, two of Mr. McGuinty’s former aides told the committee they regularly deleted all their e-mails. Peter Wallace, then the head of the Ontario civil service, also revealed that Mr. McGuinty’s former chief of staff, Mr. Livingston, had asked him how to erase the hard drives of government computers. 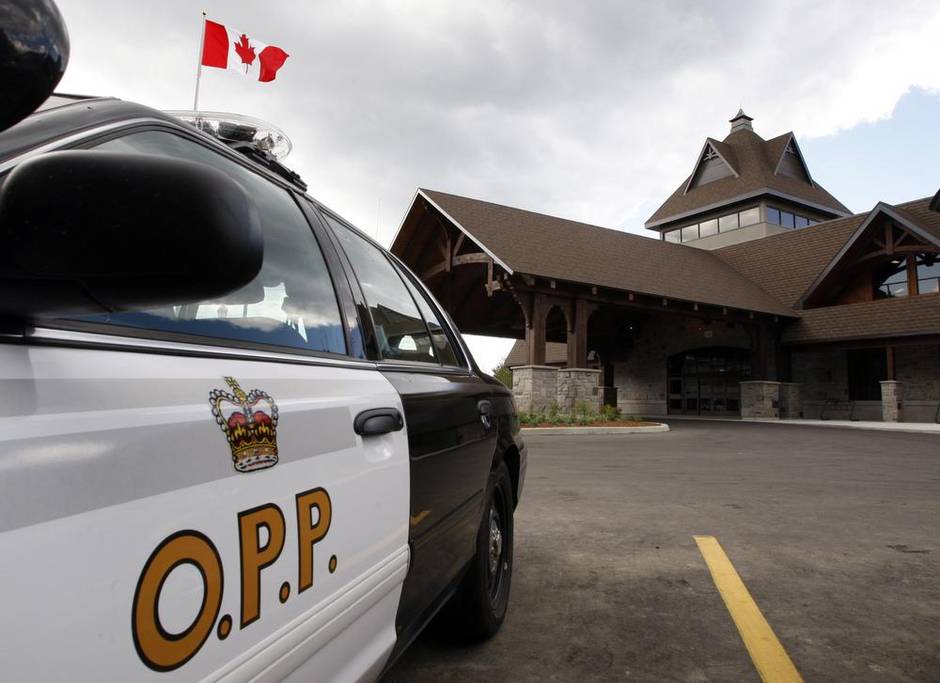 An Ontario Provincial Police car is seen in this file photo. (Mike Cassese/Reuters)

What did the police find?

Police accuse Mr. Livingston and Ms. Miller of arranging to get their hard drives and the hard drives of several other Liberal staffers erased shortly before Mr. McGuinty stepped down in February 2013. To do this, police say, they brought in Ms. Miller’s partner, Peter Faist. Mr. Faist, police say, used software called WhiteCanyon to wipe the data off the computers.

Investigators seized government computers and found Mr. Faist erased 632,118 files from 20 different hard drives. They were able to recover some e-mails that suggest Mr. Livingston and Ms. Miller were specifically concerned with getting Mr. Faist to wipe the hard drives of staffers involved in the gas plant scandal. Police allege this was a criminal breach of trust, because they say it is prohibited to bring an outside IT expert, with no security clearance, and give him administrative access to government computers.

Another of Mr. McGuinty’s staff, Dave Gene, approved a $10,000 government payment to Mr. Faist for his services. When the payment became public in 2014, the Ontario Liberal Party reimbursed the provincial treasury for it.

Officers also uncovered e-mails from Mr. Livingston in which he discussed “double deleting” e-mails – erasing them from both the inbox and the server – so that they cannot be retrieved.

Investigators also accuse Mr. Livingston and Ms. Miller of dodging freedom of information requests related to the gas plants – claiming to have no records related to the cancellations when they actually did.

On December 17, 2015, Mr. Livingston and Ms. Miller were charged with breach of trust, mischief in relation to data and misuse of a computer system to commit mischief.

Both Mr. Livingston and Ms. Miller maintain they did nothing wrong.

Ms. Miller further accuses the OPP of having a “bias” against her because she complained about them to the Ontario Independent Police Review Director during the investigation. The police had alleged Ms. Miller refused to be interviewed by them; she said this was untrue and complained to the OIPRD. Ms. Miller said the OIPRD partially substantiated her complaint and ordered a disciplinary hearing for OPP Detective-Constable André Duval; the OPP is appealing the decision.

Who are David Livingston and Laura Miller?

Mr. Livingston, 63, left an executive post at TD Canada Trust in 2005 to become CEO of Infrastructure Ontario, the Crown corporation that builds billions of dollars of roads, schools, hospitals and transit lines. In the spring of 2012, Mr. McGuinty tapped him as chief of staff. He held the post for less than a year before Mr. McGuinty stepped down.

Ms. Miller, 36, is a veteran political staffer who spent a decade climbing the ladder at Queen’s Park. After Mr. McGuinty left office, she moved to British Columbia to work on Premier Christy Clark’s 2013 election campaign. Subsequently, she stayed on as executive director of the B.C. Liberals. Ms. Miller stepped down from that post when she was charged. 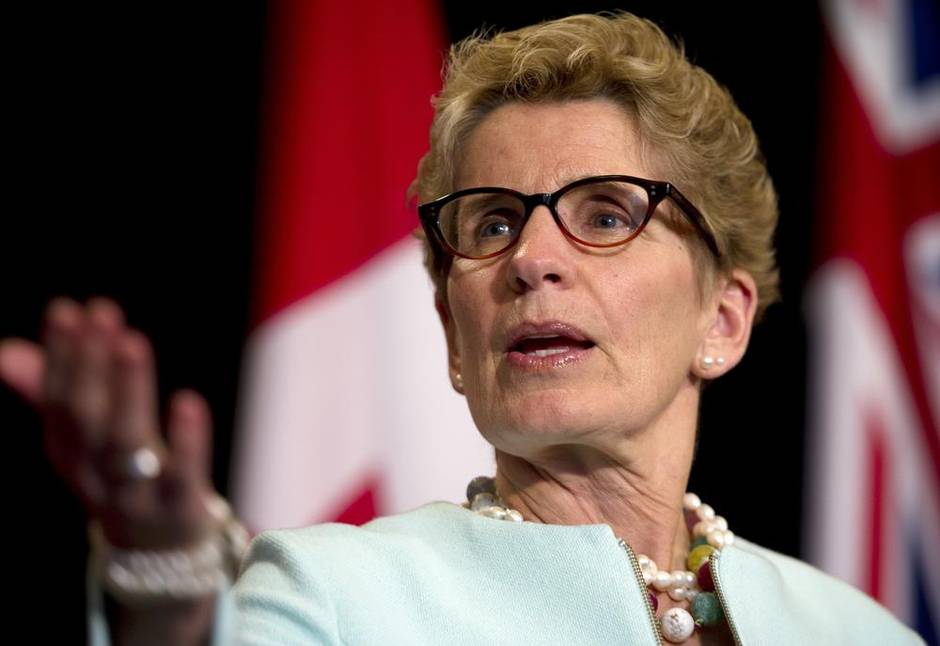 What’s happening now, and what happens next?

The case is before the courts; Mr. Livingston and Ms. Miller have their first appearance Jan. 27 at Old City Hall in Toronto. If convicted, they face up to 10 years in prison.

As for the legislative committee that started the investigation, it’s under new management. After the Liberals won a majority government in 2014, they took most of the seats and promptly voted to end the investigation.