The Ontario government is launching a major multilingual advertising campaign to counter what it believes is misinformation about its new sex-education curriculum.

The effort comes just 48 hours ahead of a province-wide day of protests by groups opposed to the program, saying it goes too far and want to see it revoked.

The 30-second television ads, which were rolled out on Monday, will be broadcast for a month and in a number of different languages, including Cantonese, Mandarin, Korean, Arabic, Punjabi, Urdu, Farsi, Tagalog and Somali. The government says it wants to reach all Ontarians with the ads; protests earlier this year attracted a large number of opponents from ethnic communities.

Print and digital ads begin Sept. 7 and will be on multicultural websites and in ethnic newspapers. There will be versions in the same languages as the television ads and in Dari, Polish and Hindi.

"This is a long-term thing," said Jack Fonseca of Campaign Life Coalition, one of the protest organizers, which also includes REAL Women of Canada and My Child My Choice. "The goal is to keep this alive until 2018, make it the ballot issue in 2018. If the Wynne regime, if it plans to just ram this down parents' throats, they are going to remember it and it's going to be the ballot issue in 2018 and her party will pay the price."

A senior government official told The Globe and Mail the opposition groups were "spinning like mad" and "misrepresenting" the new program.

The official said "the motivation behind the ads is [the Ontario government] needed to correct the record because some people think this is like a how-to manual in schools."

The new curriculum, which will be taught in schools this fall, is the first program update since 1998. It includes discussions of sexting and will introduce the topic of same-sex relationships in Grade 3. With Grade 7 and 8 students, the program will talk about gender identity. It also talks about consent.

The ads come just days before the start of a new school year and during a period of labour strife on the education front. The government legislated striking high school teachers from three boards back to work in May. Although two teachers' groups now have tentative contracts with the province, the Elementary Teachers' Federation of Ontario, which has 78,000 members, is still in a legal strike position.

The TV ad begins with a young boy looking quizzically at a wedding cake with two plastic grooms on top. It also shows a girl, holding a cellphone, thinking about lifting up her top and taking a picture of her breasts, and another boy on his computer, suggesting he has or is considering sexting. "Our kids have questions," says the female narrator, noting the new curriculum can help and can keep children safe. The ad links to the website, explaining the new program.

The government would not reveal the cost of the ads.

"The costs and timing are modelled on previous contracts with similar, large-scale, integrated advertising and marketing campaigns, like full-day kindergarten and child care," Alessandra Fusco, press secretary for Education Minister Liz Sandals, wrote in an e-mail.

Mr. Fonseca, meanwhile, whose Campaign Life Coalition is working with other groups to co-ordinate the rallies, called the ad campaign "unethical." He said the Premier has ignored the rallies and protests by "thousands" of people concerned about the new program and did not consult them.

"Instead of listening to their concerns, she uses their own money against them," said Mr. Fonseca about the ad campaign. "That's despicable. I think that is really despicable. It shows the level of disrespect that [Premier] Kathleen Wynne has for parents."

Ontario Progressive Conservative Leader Patrick Brown was critical of the curriculum during his successful leadership bid last spring, and drew support from the social conservatives in the party. He promised that if he becomes premier, he would go "back to the drawing board."

One of the Wednesday rallies is being planned for Simcoe North, where Mr. Brown is campaigning for a seat in a by-election. The vote is Thursday.

"He's been supportive of parents and their discomfort with this age-inappropriate, overly graphic sex-ed curriculum," said Mr. Fonseca. "So, he said he will revisit it if he becomes premier. Parents want to hold his feet to the fire and make him keep his promise."

A spokeswoman for Mr. Brown said the PC Leader will be canvassing on Wednesday and will not be involved in the rallies. 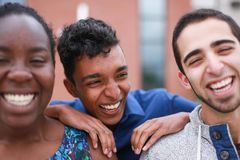 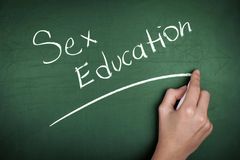