Carbon monoxide detectors will soon be mandatory in most Ontario homes, making the province only the second jurisdiction in the country to compel people to install the life-saving devices.

The legislature unanimously passed a private member's bill mandating the detectors Wednesday afternoon. It is expected to receive royal assent and take effect later this week.

Progressive Conservative MPP Ernie Hardeman, who sponsored the legislation, said 250 Ontarians have been killed by the odourless, colourless gas in the last decade.

"Carbon monoxide is the silent killer – there's no way you can tell if it's in your home unless you have the alarm, the detector," he said. "I can guarantee Ontario will be safer."

The bill applies to all homes with gas appliances – such as stoves or fireplaces – and houses with attached garages.

The law is named the Hawkins-Gignac Act after Ontario Provincial Police Constable Laurie Hawkins (née Gignac) and her family. Ms. Hawkins, her husband Richard, daughter Cassandra and son Jordan died of carbon monoxide poisoning from a gas fireplace in their Woodstock, Ont., home in November, 2008.

Ms. Hawkins's uncle, John Gignac, said he was "grateful and glad" the bill passed. The vote happened just a day before the fifth anniversary of the accident.

"We can't turn the clock back and put a CO alarm in my niece's house and save her life, so it's kind of right at the surface, it's fresh for us," he said in an interview shortly after the vote. "But it's also a good time because it's created the legacy and that's what we've been after."

Earlier this year, Yukon passed a similar law and Mr. Gignac, who co-chairs the Hawkins-Gignac Foundation for CO Education, will push for the rules to be extended to the entire country.

"We're hoping that this bill will springboard right across Canada, and the foundation's standing ready to help," he said.

The law will take effect as soon as it receives royal assent, Mr. Hardeman said. But it could take some time for local fire departments to sort out protocols for making sure the detectors are installed and making sure Ontarians know about the new requirements.

The bill has spent five years before the legislature, and had to be reintroduced four times by Mr. Hardeman before it finally made it to a final vote.

The Hawkins-Gignac Act was the second bill passed Wednesday. Shortly before noon, the legislature unanimously backed the Stronger Protection for Ontario Consumers Act.

Among other things, the new consumer rules crack down on aggressive water-heater salespeople by giving customers a 20-day window to cancel the installation of a new heater and allowing the province to fine unscrupulous operators.

They also ban debt settlement services from charging fees up front, and require that real-estate agents have written bids on properties to prevent them from lying about non-existent bids to drive up prices.

"We've heard that prices get jacked up because of these so-called other bids, and there really isn't proof sometimes that those bids exist," Consumer Services Minister Tracy MacCharles said. "We want to see good compliance, we want to see businesses following these rules, and I'm confident they will … I do think when people are confident about what they're entering into, they're going to be a smarter consumer and I think the industry will respond accordingly." 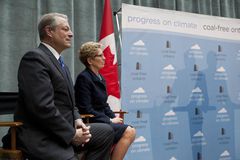 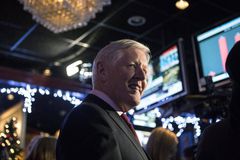