Ontario Premier Kathleen Wynne has apologized for the cancellation of two gas-fired power plants that left the province on the hook for $585-million, the Liberals' first major mea culpa over the matter.

Ms. Wynne is also looking to craft new rules around the negotiations of government contracts after a Globe and Mail review of internal government documents revealed that political staffers interfered in cancellation talks and made an unnecessarily expensive promise to a company slated to build one of the plants.

The Liberals cancelled the unpopular plants, in the Toronto suburbs of Oakville and Mississauga, in what was seen as a play to save local seats in the 2011 election.

The Premier first made her apology Tuesday night on TV Ontario program The Agenda, and repeated it during a Wednesday morning budget press conference at Queen's Park.

Ms. Wynne was not directly involved in the decisions to cancel the plant – that call was made by her predecessor, Dalton McGuinty – and besides being informed of the matter as a member of cabinet, there is little evidence she played a role in the file.

Nevertheless, she has taken political responsibility for the situation, broadening the auditor-general's mandate to assess the price tag of the move.

Her government is also drafting rules that will guide where gas plants will be built in future. And she announced Wednesday that these guidelines will spell out who should be involved in contract talks for the government.

"Those are the kinds of issues that we absolutely need to consider as we put a process in place: Who has access to those negotiations? How does that work and how do we, to greatest degree possible, put parameters around how those negotiations should go, so they're as objective as possible," she said.

According to the documents, two of Mr. McGuinty's aides told TransCanada, the Calgary-based firm building the Oakville plant, that the government would compensate them for the value of the contract. At the government's behest, this pledge was later put in writing. An Ontario Power Authority official also told a legislative committee earlier this week that another political staffer later told the OPA to sweeten its settlement offer to TransCanada.

Asked why she was apologizing now, Ms. Wynne suggested it was partly because of the committee, which has unearthed fresh details on the amount of political interference in the cancellations, and because she felt citizens wanted a personal apology.

Ms. Wynne has previously said she "regrets" the way the gas plant matter unfolded, but decided that word was not strong enough.

"I believed that it was important for people to have an opportunity to speak to the committee. That's happened now, we've heard a number of perspectives, a number of the people who were directly involved have had an opportunity to speak to the committee … But I was hearing from people who were not close to the decision, people who are not in government, and they were saying that they still wanted to hear how I felt about it, they wanted to hear me talk about my feelings on the issue," she said.

"It's important for the people of Ontario that they know me and I know them, and if there's a possibility for them to have a trusting relationship with politicians, then we do need to know each other on more than an intellectual or political level," she added. "I need to find ways to let people understand were I'm coming from."

But Progressive Conservative Energy Critic Vic Fedeli said the apology was too little and too late.

"Premier, it would have been a lot better for Ontarians if you did something about this scandal back in 2011, when you first saw the documents in cabinet. You knew this was a bad deal back then, and you could have stopped this from ever happening," he told her during question period. "But your late apology comes with consequences. If you were really sincere, you would arrange for the Liberal Party to pay back the money."

NDP Leader Andrea Horwath was more nuanced. She said Ms. Wynne appeared to understand that things must change, but she questioned her decision to make the apology on television rather than in provincial parliament.

Only a judge can get to bottom of gas-plants scandal: Ontario Tories
May 14, 2013 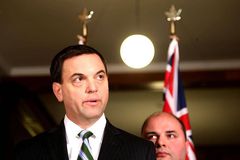 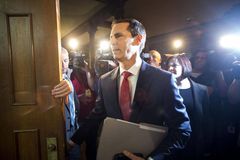