The federal judiciary will remain unreflective of the country's diversity and ripe for patronage as long as politicians can pick and choose judges from hundreds of candidates, says the head of a committee that vets applicants to Ontario's provincial court bench.

Hanny Hassan, chair of the Ontario Judicial Appointments Advisory Committee, said the province has virtually eliminated patronage since it pioneered a system where the government must choose judges from a short, ranked list of candidates.

"When you include more people, it gives an attorney-general and cabinet a chance to make a political choice," said Mr. Hassan, a lay member of the vetting committee. "The smaller you make the list of candidates, the harder it is for someone who might be able to do the job but is not on par with some of the others, to get on it."

While many federally appointed judges turn out to be fine choices, Mr. Hassan said, they are never able to shuck "the label of being a patronage appointment."

Patronage also works to reduce the complement of minority judges who apply for federal judgeships, said Mr. Hassan, an engineer and former president of the Ontario Advisory Council on Multiculturalism and Citizenship. He said that potential candidates from aboriginal or visible-minority communities are deterred because they believe they will be unable to line up the powerful political connections.

A Globe and Mail survey of appointments recently found that 98 of 100 new judges appointed to federal courts in the provinces were white.

Under the federal process, eight-person vetting committees in each region consider written applications but do not interview candidates. They designate each as being recommended or not recommended. (A third designation – highly recommended – was eliminated in 2007, enhancing the government's leeway to choose from the scores of candidates on the "recommended" list.)

In contrast, the Ontario vetting committee interviews candidates extensively about their background, aspirations, temperament and history of service to the legal profession and the public. It prepares a list of three or four names from which the government can select a judge.

By law, seven of the 13 members of the Ontario committee are lay members chosen to reflect a diversity of gender, geography, racial and cultural minorities. Other members represent the judiciary and key legal associations.

Wayne MacKay, a Dalhousie University law professor, said that the Ontario Court bench has been transformed in three decades from one stocked largely with patronage appointees, to a very strong bench that is untainted by patronage.

University of Toronto law professor Jacob Ziegel said lawyers in Ontario are showing an increasing inclination to seek an Ontario Court appointment rather than an appointment to a federal bench.

"I have no explanation for the discrepancy, other than the purely speculative one that informed applicants know there is no point in applying for a federal appointment unless you have good political connections or have been encouraged to do so by a well-connected government supporter," he said.

Mr. Hassan said that an acquaintance who was asked to sit on a federal judicial advisory committee several years ago decided against accepting the position because he perceived the committee as being "powerless to have a significant impact on who is appointed."

The Ontario vetting committee publicly urges minorities and women to apply for judgeships. It also does outreach work with minority lawyers and community groups in hopes of encouraging candidates to apply for the bench.

"To be reflective and responsive to our society, we have to find ways of bringing people who are underrepresented to the bench," Mr. Hassan said. "It isn't just an optics thing. ... We don't want to give a particular individual an advantage and we are not running an affirmative action program. Our job is to open the door so they are on an equal footing."

The presence of three members on the vetting committee who are chosen from under-represented communities has played a major role in the sort of questions candidates are asked, as well as the value assigned to their attributes, Mr. Hassan said.

"I very rarely ask questions about bias or racism any more because I know somebody else is going to," he said.

A Justice Department spokesman, Montana Brisbin, said that the current federal appointment process emphasizes merit. She said providing a broad pool of candidates allows the government "to address the particular needs of the court in question." 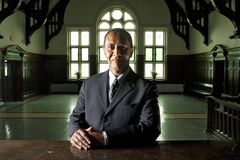 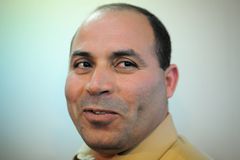 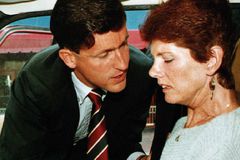 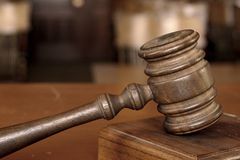 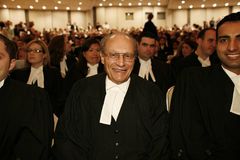 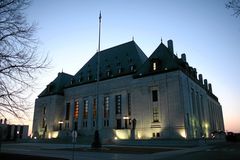