Ontario's Finance Minister is defining Canada's premier stock market as a "strategic asset," sending his strongest signal yet that the province could block a transatlantic deal between the Toronto and London exchanges.

Dwight Duncan put the architects of the proposed $7-billion-plus deal on notice on Friday that his concerns have mounted since he initially raised red flags about combining the stock exchanges. He turned up the heat by saying he does not want one of the country's crown jewels owned by the Middle East - the ruler of Dubai would own the largest stake in the proposed venture. And in an election year, he said, he isn't looking at this venture strictly on business terms.

"All we're saying is that this a strategic asset in a strategic industry," he said. "Of course there are political considerations."

While Mr. Duncan has not yet decided whether to approve or reject the transaction, one source close to the government said the fact that he described the Toronto Stock Exchange as a strategic asset was significant.

This could be Mr. Duncan's "Potash moment," he said.

The federal government turned down an Australian company's hostile takeover bid for Potash Corp. last year, in the face of a fiercely populist backlash against the deal.

Saskatchewan Premier Brad Wall argued that the Saskatoon-based fertilizer company is a strategic asset for Canada because it controls a large share of the world's potash reserves and production. However, Industry Minister Tony Clement avoided using that phrase to block the deal, creating some confusion about Canada's stand on foreign investment.

It is widely expected that Mr. Clement will review the stock-exchange transaction. But the Ontario government can block the deal on its own. Under Ontario securities legislation, the province can act if there are "extraordinary circumstances requiring immediate action to be taken in the public interest."

Premier Dalton McGuinty has said protecting the public interest is his top priority. The sources said the transaction will not meet that test if government officials ultimately conclude that it would diminish Canada's place on the global financial stage and lead to the loss of high-paying jobs in Toronto's financial hub.

Mr. Duncan initially expressed concerns earlier this week, suggesting the transaction was in fact a takeover of TMX Group by the London Stock Exchange and not a "merger of equals" as billed by executives. Canadian shareholders would own a 45-per-cent stake in the combined entity.

But Mr. Duncan reacted for the first time on Friday to the fact that Dubai's ruler would end up with an 11.3-per-cent stake in the combined entity, the largest single holding.

"We do business with the Middle East," he said. "I am just not sure I want them owning our stock exchange."

Under the proposal, the largest shareholder would be Sheik Mohammed bin Rashid Al Maktoum, the billionaire ruler of Dubai who loves racehorses and giant yachts and once dreamed of turning his tiny emirate into a world financial centre.

Despite what Mr. Duncan said, Dubai's ruler would end up as a minority shareholder with no control.

Dubai is part of the United Arab Emirates, a region where the Ontario government is seeking to develop stronger trade ties.

Mr. Duncan bristled at suggestions that he was sending out mixed signals about the government's relations with Dubai. Ontario Economic Development Minister Sandra Pupatello recently returned from a trade trip to the Gulf region, once a staunch ally of Canada's.

Ms. Pupatello said she's hoping the deepening dispute between the federal government and the UAE over Ottawa's refusal to meet demands by the Mideast country's carriers for additional landing rights at Toronto's Pearson airport will not hurt Ontario companies' chances of signing deals or attracting investors.

What Mr. Duncan said he is dealing with is a proposed transaction that involves a strategically important industry and that comes seven months before voters in Ontario go to the polls. 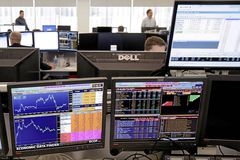 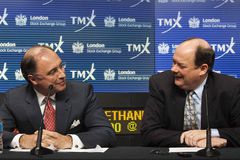 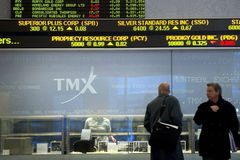