Ontario's government is set to expand the use of tasers by police, a move that will give more officers access to weapons other than their sidearms.

Despite pressure from police chiefs and associations to expand their use, Ontario has restricted tasers to a select few supervising and specialized officers. That has set its police forces apart from those in Quebec, British Columbia, Alberta, Nova Scotia and New Brunswick, along with the RCMP.

Community Safety Minister Madeleine Meilleur will announce on Tuesday morning that all front-line officers in the province will be permitted to carry tasers if their forces so choose, sources told The Globe and Mail. The announcement will come one month to the day after the fatal police shooting of Toronto teenager Sammy Yatim – an incident that has sparked debate about the province's use-of-force laws – but appears to have been in the works before then.

The decision marks a major change in thinking for a province that has long been more resistant to tasers, which are classified as non-lethal weapons, but have been the subject of controversy in Canada since the taser-related death of Polish immigrant Robert Dziekanski at Vancouver's airport six years ago.

The new rules are not expected to be accompanied by provincial funding for new weapons or training, which could cost millions for jurisdictions such as Toronto. As a result, it remains to be seen how widespread the use of tasers will be even after the government has open the door to it.

Officials for Ontario Premier Kathleen Wynne and for Ms. Meilleur would not confirm the contents of Tuesday's announcement, other than to acknowledge that it will mark a significant change in use-of-force rules. And they said the changes have not been influenced by Mr. Yatim's death, nor by a related investigation launched subsequently by provincial Ombudsman Andre Marin.

Questions have been raised about whether use-of-force rules played a part in that incident.

Amateur videos have shown that the 18-year-old Mr. Yatim, who was distraught and brandishing a three-inch knife on a streetcar from which other passengers and the driver had been evacuated, was shot at nine times by police. Eight bullets hit him. Constable James Forcillo has since been charged with second-degree murder.

Mr. Yatim was tasered after he was shot. The tasering was by a different officer who was not on the scene when the bullets rang out, leading to speculation about whether Mr. Yatim's life might have been spared if Constable Forcillo had been carrying a stun gun – something the provincial rules did not permit him to do.

The prospect of arming more police officers in Ontario with tasers has been kicking around since at least 2009, when a government report described them as "an appropriate tool for law enforcement."

The same report also cautioned that "extensive media coverage" of deaths involving tasers had led to "heightened apprehension" about their use.

A source familiar with the changes to be announced by Ms. Meilleur said they will be "permissive rather than prescriptive," meaning they will merely give forces the option of expanding taser use rather than mandate it.

With files from Kathryn Blaze Carlson 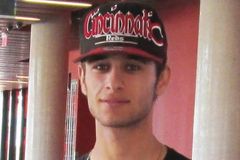 Rewriting the tragic script when police confront people with mental illnesses
May 11, 2018 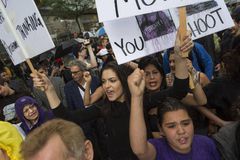 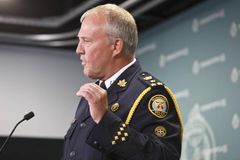 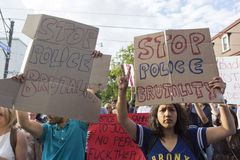