The Ontario government and the City of Toronto are moving closer to a deal to build a subway extension in Scarborough and cancel a previously approved light-rail line – an agreement that could come as soon as next week.

The two sides have been in talks over the matter, Queen's Park and City Hall sources said, including discussions between Premier Kathleen Wynne's staff and aides to Mayor Rob Ford. Transportation and Infrastructure Minister Glen Murray also met with TTC chair Karen Stintz last week, and provincial officials have been in touch with city councillors.

"There's communication and there is reason for optimism," a source in the mayor's office said.

The possible deal is a tectonic shift for Queen's Park. This spring, the government insisted it would move forward with an LRT to replace the aging Scarborough Rapid Transit line and publicly ruled out extending the Bloor-Danforth subway line instead. And last week, provincial transit agency Metrolinx said that, if the city wanted a subway, it would be on the hook for the entire additional cost – estimated at nearly $1-billion.

But, in an interview with The Globe and Mail, Mr. Murray now says the province is "not asking [city hall] for money."

Rather, if city council endorses a subway at its meeting next week, the province will sit down with the city to find a way to make it happen.

"We've certainly been flexible in the past and will continue to be when it comes to accommodating a municipality," he said. "It will be over my dead body that Scarborough goes wanting for high speed, rapid transit. I'm not prepared for people in Scarborough to miss this round … whatever mountain I have to climb as transportation minister, I'm prepared."

The province and the city would have to agree on a method of paying for the line. That could mean a new dedicated tax or a debt-financing arrangement. City manager Joe Pennachetti said he will bring forward a list of possibilities by Friday.

The potential for a deal comes as Ms. Wynne separately looks for consensus on new revenue tools to pay for $50-billion worth of new transit across Greater Toronto and Hamilton. Liberal insiders hope the discussion on funding options for the subway will also get the city to think seriously about how to raise cash to pay for transit more generally.

A Scarborough subway would be a boon to Ms. Wynne's Liberals, who are fighting to shore up support in the area ahead of an Aug. 1 by-election. The Premier is also said to be under pressure from her own caucus: behind closed doors, Scarborough MPPs have pushed for a subway, government sources said. A strong vote next week from council supporting a subway extension would provide the Premier with political cover to change the LRT strategy.

"I think it's fair for the province to say, 'Okay, if you want that, then you need to figure out a way to add additional resources,'" he said. "Resources have to come from somewhere, that's the reality of it."

Mr. Thompson indicated he was scheduled to discuss the matter with someone from the province this week.

Scarborough Southwest Councillor Michelle Berardinetti has long argued Queen's Park cannot expect Scarborough residents to support new fees and taxes to pay for transit if they do not get a subway in return.

"The province needs to step up to the plate, otherwise they will be letting down the people of Scarborough," she said. "You can't go to residents with revenue tools and not even deliver a subway."

In general, the relationship between Ms. Wynne and Mr. Ford, which had been frosty, is starting to improve: the Premier called the Mayor on Tuesday, and the pair had a 10-minute discussion about Toronto flooding. The talk was described as "cordial" by a source in Mr. Ford's office.

The city and province reached a deal last year to build four light-rail lines. Then, this spring, some councillors changed their minds about the Scarborough project and pushed to have it built as a subway. The LRT would operate in a dedicated right of way, using a hydro corridor and an elevated viaduct, and would travel roughly as fast as a subway. A subway's primary advantage would be to eliminate the need to transfer at Kennedy station.

A change of plans on the Scarborough subway would not affect the light-rail projects on Eglinton, Finch and Sheppard avenues. 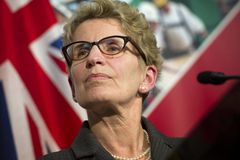 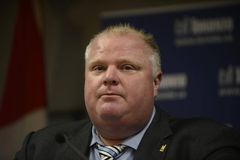 Metrolinx to Toronto: Subway is yours
July 2, 2013 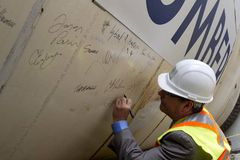 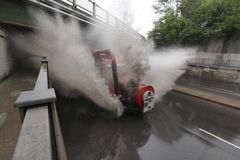 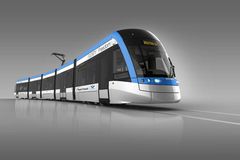 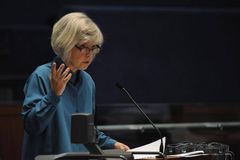 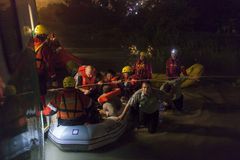