The Ontario government has set gender-diversity targets that would see women make up at least 40 per cent of all appointments to every provincial board and agency by 2019.

Premier Kathleen Wynne said removing barriers to women in the workplace remains a "formidable task," but if the targets are not met, the government will consider regulations or legislation.

The government also wants businesses to set a target of appointing 30 per cent of spots on their boards of directors to women by the end of 2017 – and they should reach this goal within three to five years.

Ms. Wynne announced the targets Tuesday at an event at the University of Toronto's Rotman School of Management. She was responding to a report released Tuesday by Catalyst, a global non-profit organization that advocates for women in the workplace. The government commissioned the Catalyst report, which made 11 recommendations. Ms. Wynne accepted all of them – including setting these targets.

Canada's boards still have far to go to achieve gender equality. Women comprised just 15.9 per cent of those on boards at Canada's largest companies in 2013, according to Catalyst.

Women already comprise an average of 44 per cent of government appointments to Ontario agencies and boards, but the province wants to reach 40 per cent at each and every one.

Large entities, such as Metrolinx and the Liquor Control Board of Ontario, as well as small advisory committees, such as the Ontario Geographic Names Board, are affected by this initiative.

"My whole life I have heard about women's issues – they're everybody's issues," Ms. Wynne told the audience. "… and they are economic issues."
Ms. Wynne said that everyone benefits – including companies – when women are involved at the top.

The Premier was joined Tuesday by UN Women executive director Phumzile Mlambo-Ngcuka, former deputy president of South Africa. She said that "from a commercial point of view, companies that have diverse leadership either in management or on boards have been found to actually perform better."

Some work has been done in encouraging more appointments of women, Ms. Wynne said, noting that in 2014 the Ontario government brought in the "comply or explain" regulation, requiring TSX-listed companies to report publicly on the number of women on their boards. If there were no female board members, the companies had to explain why.

But Ms. Wynne said there still room for improvement. She noted that as of 2015, 51 per cent of TSX-listed companies had no women on their boards.
As part of the new initiative, the government has also established the "women in business steering committee." It will oversee the progress of the targets.

"If those targets are not being met, if in fact we are falling behind competitively with global companies around the world then maybe it is appropriate for us to put some legislation, some teeth around what we do to provide some of those quotas," said Finance Minister Charles Sousa, who is co-chairing the committee with Tracy MacCharles, the minister responsible for women's issues.

The recommendations in the Catalyst report – Gender Diversity on Boards in Canada – are aimed at speeding up the appointment of women by having the government lead by example. 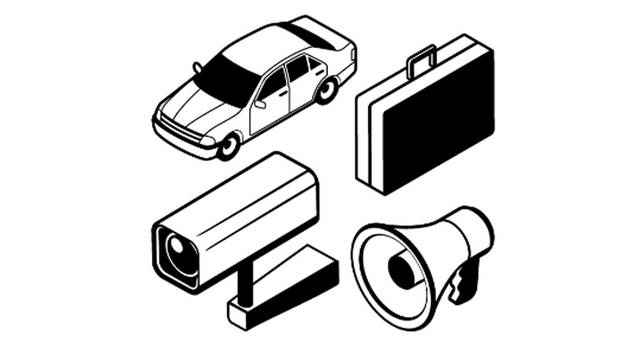 Women on boards: How Canadian industries stack up

In 2014, Janet McFarland and Murat Yukselir took a detailed look at which sectors come closest to gender parity.

"The Ontario government has an important role to play in accelerating progress for women on boards," writes Deborah Gillis, the president and CEO of Catalyst, in the report. "Governments and businesses will achieve much more working together than in isolation. The tone from the top is critical."

Francine Beck, spokeswoman for Catalyst, says the 40-per-cent goal was set as a "stretch, but achievable goal for both government and business."

Broadly, however, Canada lags behind other developed nations in terms of gender balance on corporate boards, according to the Catalyst report.
"Although more women than men graduate annually from Canada's universities and colleges, Canadian women continue to be underrepresented on boards and in senior management," the report says.

Janet Ecker, a former senior Ontario cabinet minister and now the president and CEO of Toronto Financial Services Alliance, sits on the Metrolinx board. Only five of the 14 board members are women.

She thinks the government's plan is a good one – and believes that setting targets, as opposed to mandatory quotas, is a good way to start.

"You don't want observers to think that a person is on the board just because they picked a box," she says. "That is potentially a downside … you don't want to play into that perspective."

The LCBO board is composed of three men and three women. "Each has specific skill sets," says Ed Waitzer, chairman of the board, about the members. "No question, though, that gender diversity also enriches our board processes."

GENDER EQUALITY: MORE FROM THE GLOBE AND MAIL