Ontario's government is considering making the province the first to offer its own mandatory public pension plan on top of the federal one.

Sources inside the government told The Globe and Mail that Finance Minister Charles Sousa will likely lay the groundwork in next month's Fall Economic Statement, hinting that if his federal and provincial counterparts won't agree to enhancements to the Canada Pension Plan when they meet in December, Ontario will take action on its own.

Such a move by Ontario would represent the biggest step to date in the country's efforts to address mounting concerns about the income security of younger generations largely unable to rely on private pension plans – and a major gamble on the part of Premier Kathleen Wynne that Ontarians would be willing to take more money off their paycheques to address that problem.

Whether that's a gamble worth taking is currently a matter of debate among Ms. Wynne's Liberals.

Seeking eye-catching platform planks in advance of a provincial election widely anticipated for next spring, some members of their campaign team believe that it would be a hit with middle-income voters – the demographic at greatest risk of a steep decline in its standard of living at retirement age.

But the Liberals are also cognizant that requiring both workers and their employers to pay new premiums could easily be portrayed by their political opponents as a tax hike, from a government that is already under fire for misspending Ontarians money. Although the government has not yet graduated to the specifics of what the provincial plan would look like, insiders say that participation in it would almost certainly have to be mandatory rather than optional in order for it to achieve its intended purpose.

That would set it apart from a much smaller pension plan offered by Saskatchewan's government, which is purely voluntary and is available to all Canadians – effectively functioning as a pooled registered pension plan (PRPP). Quebec also has its own pension plan, but that is instead of CPP rather than in addition to it.

In addition to whether Ontarians are prepared to make a mandatory investment, the Liberals are also grappling with their deficit-plagued government's ability to afford it. While the pension fund would ultimately be filled by businesses and their employees, the start-up and administration would require some government spending.

In light of that potential burden and the risk of federal-provincial duplication complicating the pension system for those who interact with it, Liberals insist that their preference would be for Ottawa to simply agree to "enhance" CPP. Heading into a November meeting of provincial finance ministers, Mr. Sousa appears generally supportive of a proposal being pushed by the government of Prince Edward Island that would involve the maximum annual CPP contribution rising from $2,356.20 to $4,681.20, and the cap on annual benefits rising from $12,150 to $23,400.

But while federal Finance Minister Jim Flaherty has expressed openness to discussing pension changes when he meets with his colleagues the following month, officials in Ms. Wynne's government seem pessimistic about Ottawa's willingness to significantly increase the amount paid into the program. To date, Mr. Flaherty has preferred to lean on pooled retirement pension plans to make it easier for smaller employers to offer private plans.

The provincial officials stressed that short of launching an entire provincial pension plan, Ontario could address income security with more modest measures – such as narrowly targeted benefit top-ups – if it is unsatisfied with what comes out of the federal-provincial talks.

The looming shortage of retirement savings that the provinces are seeking to address, however, is predicted to be a broad-based one. Noting that only one-third of the Canadian work force is currently covered by a registered pension plan, and that savings rates have gone down in recent decades, a report by the Canadian Imperial Bank of Commerce earlier this year warned that those born in the 1980s could face a 30-per-cent drop in their standard of living upon retirement.

(Editor's note: A Wednesday story said Ontario is considering making the province the first to offer its own public pension plan on top of the federal one. In fact, that should say the first mandatory plan because Saskatchewan has a voluntary plan which is open to all Canadians.)

PEI Premier gets ready to roll out pension overhaul
October 15, 2013 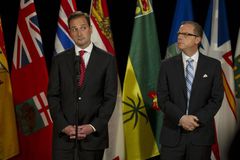 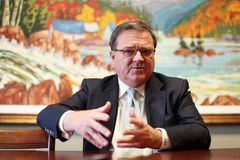 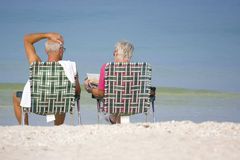 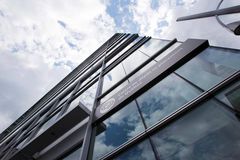 When most pensioners just scrape by, why are we so generous to better-off seniors?
Subscriber content
October 2, 2013 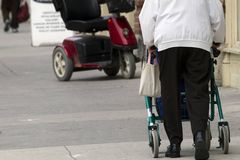 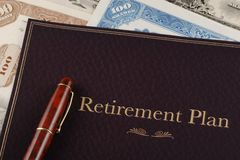