Ontario would need to see scientific proof that hydraulic fracturing, or fracking, is safe before it allows energy companies to use the controversial practice to extract natural gas, Premier Dalton McGuinty said Tuesday.No private companies have approached the province to request permission to frack, which involves the use of chemically-treated water under extreme pressure in drill holes to fracture underground shale and release gas or oil.

"If somebody was to approach us and say would you consider fracking in Ontario, I think the first thing we'd have to say is: 'Hang on a second now. We're going to have to take a look at the latest evidence associated with fracking, the risks. There have been some experts who've written about the risks associated with water,'" Mr. McGuinty said.

"I think we'd have to take a long hard look at the scientific evidence before we'd give a thumbs-up or a thumbs-down, but at this point in time, it's purely academic."

"We've been watching what's been happening across the country and across North America on the fracking issue, and one of the things we're obviously concerned about is making sure that water tables are safe, making sure that the process doesn't threaten other important environmental considerations," said NDP Leader Andrea Horwath.

However, the Progressive Conservatives said they were "very optimistic" about the jobs that could be created if fracking were approved in Ontario.

"There's 100 years of affordable energy that can come from it," said PC energy critic Vic Fedeli.

"We're very encouraged by it and everything we've seen to this point, from all the engineers and experts, talks about the safety and the environmental safety of it."

Opponents of fracking said companies including Mooncor Oil and Gas and Dundee Energy are buying up land in southwestern Ontario, especially the Kettle Point area on Lake Huron, that could be used for fracking.

"Mooncor has not announced any plans to frack in Ontario," company spokesman Nick Tsimidis said in an email Tuesday. Dundee Energy did not immediately reply to requests for an interview.

The Council of Canadians opposes fracking, and wants Ontario to follow Quebec's lead and impose a moratorium on the practice. It warns fracking in Ontario could have serious long-term and cumulative impacts on the Great Lakes.

Quebec has a moratorium on fracking and all oil and gas exploration activities under the Saint Lawrence River, but other provinces, including British Columbia, Alberta and Saskatchewan, allow fracking.

At least 175,000 wells have been fracked in Canada, the majority of them in Alberta.

Nova Scotia had some fracking operations in 2007-08, but the NDP government has said it won't approve any more hydraulic fracturing until a review of the process is completed in 2014.

A report done for the New Brunswick government, released in October, said the province should proceed with shale gas exploration but with a phased-in approach that would limit it to one to three sites to allow for research and development.

The B.C. Oil and Gas Commission said in September that a spate of small earthquakes in the province's northeastern corner were caused by fracking in the Horn River Basin, a gas-rich shale formation that's attracted some of the industry's biggest players. The 38 quakes ranged between magnitudes of 2.2 and 3.8 on the Richter scale.

Last December, the U.S. Environmental Protection Agency, for the first time, implicated fracking in causing ground water pollution. The EPA announced it found compounds likely associated with fracking chemicals in the groundwater beneath a Wyoming community where residents say their well water reeked of chemicals.

The issue has caught the attention of some celebrities, with Yoko Ono, Paul McCartney, Lady Gaga and actor Alec Baldwin joining Artists Against Fracking in New York state. 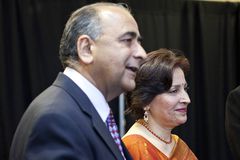 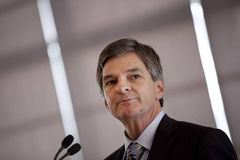 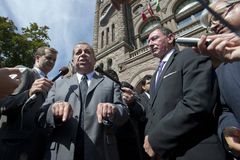