Ontario's next premier has three weeks to hire her new staff, name her new cabinet, write a Speech from the Throne, kick-start an overdue budget process, find common ground with her political opponents – and put together a campaign team for a general election just in case it doesn't all go as planned.

And in the midst of all that, Kathleen Wynne has to bridge the gap between her desire for a kinder, gentler province and the harsh realities that face it.

Ms. Wynne has made clear that she wishes to shift the government somewhat leftward from the single-minded austerity agenda recently pursued by her predecessor, Dalton McGuinty. That's partly because of her own commitment to "social justice." It might also allow her minority Liberals to maintain government with NDP support, and ultimately to win back some votes.

But she has also repeatedly reiterated her commitment to eliminate the province's $11.9-billion deficit by 2017-18, and the leadership campaign did little to illuminate how she intends to strike that balance.

A new leader would normally be able to take some time to figure all this out. But Ms. Wynne won the leadership partly on a promise to resume the province's prorogued legislature at the earliest opportunity on Feb. 19, and now must scramble.

Speaking to reporters on Sunday morning, she at least tipped her hand a little. She went out of her way to highlight her commitment to implementing recommendations from a social-assistance review co-chaired by former NDP minister Frances Lankin, which has been gathering dust since its release last October.

Those proposals, which included reducing barriers to re-entering the workforce by extending more benefits to low-income earners, could be presented as marrying social and economic interests in a way that would ultimately benefit the provincial coffers.

Extending drug coverage for certain medications, as she proposed during the campaign, might similarly be heralded as a way to ultimately reduce health-care costs. But her challenge will be to find other policies that can be implemented in relatively short order, and meet such criteria.

During the campaign, Ms. Wynne committed to finally getting serious about making infrastructure investments needed to ease traffic congestion in the Greater Toronto Area. If she actually has enough political capital to bring in unspecified new revenues streams, be they taxes or tolls, is questionable. And on other big-picture priorities she flagged Sunday, such as reducing youth unemployment, there are no obvious quick fixes, let alone easily affordable ones.

Just as important is the question of how far she is willing to go to make peace with unions. Ms. Wynne has indicated that she will not tear up the contracts imposed under the controversial Bill 115, which has led teachers to take strike days and withhold extracurricular services. So she will likely try to make do with getting the ball rolling on more favourable contracts when the current ones expire in 2014.

When it comes to the NDP, all policy debates may be moot if Ms. Wynne can't find a way out of the mess involving the costly cancellation of gas-fired power plants, which before prorogation had the opposition parties preparing to bring contempt charges against the government. With energy minister Chris Bentley set to leave provincial politics, those parties' real target will be the advisers around Mr. McGuinty who were widely believed to have been calling the shots. Whether the new Premier is willing to give the Opposition that pound of flesh will test just how much she really does want to distance herself from her predecessor.

Before making all these decisions, Ms. Wynne needs to figure out who will help her make them. A new chief of staff – former cabinet colleague John Wilkinson and veteran political staffer Andrew Bevan are two rumoured possibilities – will be pressed to reconfigure the Premier's office. And after she names her cabinet, several rookie ministers (not to mention shuffled veterans) will be learning their files.

Ms. Wynne appeared to give more thought than her leadership competitors to what would happen following the convention, striking a transition team helmed by former cabinet colleague Monique Smith. Still, the reality is that during a compressed two-month campaign, almost all of her focus was on the finish line rather than what would happen after she crossed it.

She showed during the campaign that she's highly adaptable, going from a tentative performance in the first leadership debate to a terrifically confident pitch to delegates at the convention. But as she conceded during her victory speech, winning was the easy part.

Impassioned speech and help from right-of-centre Sousa win the day
May 11, 2018 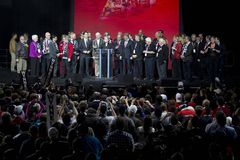 Premier-designate Kathleen Wynne must practise saying no
May 11, 2018 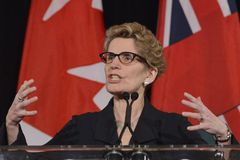 Ontario premier-designate Wynne reaches out to opposition
May 11, 2018

For Ontario Liberals, the convention speeches mattered
May 11, 2018 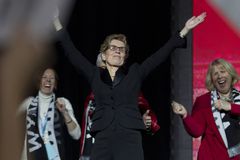 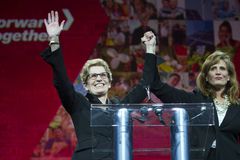 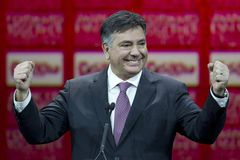 earlier
Blog: Wynne becomes Ontario's next premier after winning Liberal leadership race
June 19, 2017
Follow Adam Radwanski on Twitter @aradwanski
Report an error Editorial code of conduct
Due to technical reasons, we have temporarily removed commenting from our articles. We hope to have this fixed soon. Thank you for your patience. If you are looking to give feedback on our new site, please send it along to feedback@globeandmail.com. If you want to write a letter to the editor, please forward to letters@globeandmail.com.
Comments