Ontario Premier Dalton McGuinty says his government acted too quickly and kept the public in the dark when it handed police special powers that violated people's civil liberties during last summer's G20 summit.

He made the admission a day after the province's Ombudsman said the now infamous secret measure, made at the direct request of Toronto Police Chief Bill Blair, was "likely illegal" and never should have been enacted.

"This was an extraordinary regulation and it deserved more transparency and more debate," Mr. McGuinty conceded to reporters on Wednesday.

But his comments did little to end the controversy at the provincial legislature, where opposition members called for the resignation of Community Safety Minister Jim Bradley. It was Mr. Bradley's predecessor, Rick Bartolucci, who was harshly criticized in the Ombudsman's report for plotting to keep the measure under wraps last June. But Mr. Bartolucci was moved to the Ministry of Municipal Affairs and Housing two months later as part of a cabinet shuffle.

Progressive Conservative Leader Tim Hudak accused the Premier of exercising "extraordinary poor judgment" in enacting powers normally reserved for times of war and for "conspiring" to keep them secret.

"This was not a simple error," Mr. Hudak said during Question Period on Wednesday. "It was not a simple mistake. The Ombudsman said this was a premeditated plan to keep the general public in the dark."

New Democrat Leader Andrea Horwath accused the Premier of exercising "appallingly" poor judgment and called on him to apologize to all Ontarians.

"Did he really think it was perfectly okay to secretly enact an illegal and unconstitutional wartime regulation?" she said during Question Period. "What happened during the G20 showed a chilling disregard for people's civil liberties and for democracy itself."

Ontario Ombudsman André Marin's report focused on a G20 regulation quietly passed by the McGuinty government last summer that left Torontonians under the impression they could be arrested merely for passing by the summit security fence without identification.

The province and police did not acknowledge until after the summit that the regulation amending the Public Works Protection Act applied only inside the security perimeter. The regulation "amounted to martial law in Toronto," Mr. Marin said, and was "the most massive compromise of civil liberties in Canadian history."

Mr. McGuinty said police sought additional powers from the province because they had genuine concerns about security, given that "possibly the top 20 terrorist targets on the face of this planet" were coming to Toronto for the summit.

"We moved pretty quickly on this thing in order to help our police at the earliest possible opportunity," he said. "We did not take the appropriate steps to communicate this to the public."

The Ombudsman has no direct authority over police, but he does have the power to investigate the provincial government. In that capacity, his office probed the controversial security regulation and how confusion over it affected the G20 weekend, when the largest mass arrests in Canadian history were made and protesters smashed store windows in Toronto and set police cruisers on fire.

"We acted on the basis of a law that has now been brought into disrepute," Mr. McGuinty acknowledged.

He said he continues to have confidence in Mr. Blair. 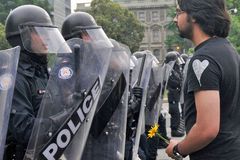 new
How a man named Nobody became the battered face of G20 protests
November 30, 2010 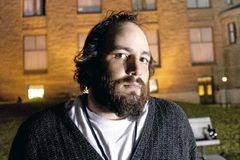 G20 report unflattering to Toronto Police Chief
December 7, 2010
Why I’m on the fence over G20 violence
December 7, 2010
updated
Ontario never should have enacted G20 summit security law, Ombudsman’s report says
December 7, 2010
Toronto Police Chief apologizes to Nobody
December 3, 2010
SIU reviewing more videos of alleged police brutality during G20 summit
December 7, 2010
Follow Karen Howlett on Twitter @kahowlett
Report an error Editorial code of conduct
Due to technical reasons, we have temporarily removed commenting from our articles. We hope to have this fixed soon. Thank you for your patience. If you are looking to give feedback on our new site, please send it along to feedback@globeandmail.com. If you want to write a letter to the editor, please forward to letters@globeandmail.com.
Comments