The release of a final report on marijuana by the House of Commons health committee has opposition MPs accusing the Conservatives of whitewashing all expert advice that disagrees with the government's stand.

The report summarizes a study that was controversial from the start because the committee's mandate was to look at "marijuana's health risks and harms," which prompted concerns the outcome was intended to fit with the government's political messaging against the drug.

The future of federal marijuana policy is shaping up to be a key point of political debate ahead of next year's federal election in light of Liberal Leader Justin Trudeau's call for Canada to be among the first countries in the world to legalize the drug for recreational use. The Conservative Party has run ads saying Mr. Trudeau's policy would put kids at risk.

The committee report highlights testimony that warned of marijuana's negative impact on brain development, its possible contribution to the development of schizophrenia, its addictive nature and the dangers of impaired driving related to marijuana.

The recommendations are silent on the effectiveness of current marijuana laws and make no mention of the medical marijuana debate.

The main recommendation from Tuesday's report is a call for a federally funded ad campaign, which comes one day after Health Canada unveiled a $7.5-million ad campaign for television and online warning about the dangers of abusing marijuana and prescription drugs.

The anti-marijuana ad features ominous music and dark images that highlight the drug's impact on the brain; flashing messages such as "loss of memory" and "decreased IQ." The ad ends with the line: "Smoking marijuana: it can damage a teen for life." A similar campaign on abusing prescription drugs airs on television from now until December.

Several medical organizations refused Health Canada's invitation over the summer to participate in the ad campaign, calling it a "political football."

Conservative MP and health committee member Eve Adams, who is parliamentary secretary to the Health Minister, said opinions were not included in the report if they did not relate to the committee's mandate. She also defended the ad campaign.

"It's not political. It's about public health," she said. "It is the role of Health Canada to discuss public health issues."

The NDP and Liberal parties issued dissenting reports noting that key evidence heard by the committee – such as the reported benefits of medical marijuana – was not in the final summary of what MPs learned from 23 witnesses during their five-day study.

NDP health critic Libby Davies said the government is spending tax dollars on an ad campaign that is in line with messaging from the Conservative party.

"It's very offensive," she said. "What I find so bothersome about these ads is that they're very extreme. It's a scare message."

Ms. Davies said the government ignored research showing there are more effective ways of advertising to youth about drug abuse.

"This is old-school. It might be a sophisticated presentation, but they're still based in a commentary that has been thoroughly shot down over, now, many decades," she said.

In August, the College of Family Physicians of Canada, the Canadian Medical Association and the Royal College of Physicians and Surgeons of Canada said in a joint statement that they would not work with Health Canada on the campaign.

However Chris Simpson, the CMA president, responded positively to the ad on Tuesday.

"Any effort to highlight the dangers, harm and potential side effects of consuming marijuana is welcome," he said in a statement.

The NDP recommends an independent commission to study the non-medical use of marijuana and "an appropriate regulatory regime" to govern such use.

The Liberals call on the government to "explore a regulatory framework of legalization, working with experts in the field that aims to keep marijuana out of the hands of youth." 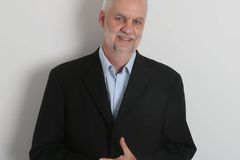 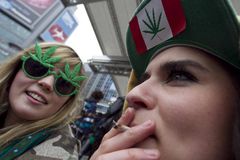 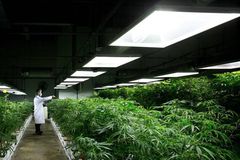 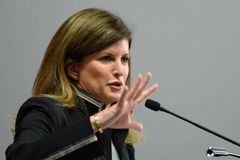 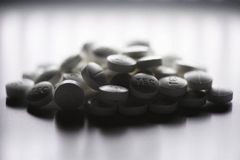 Pot should be legalized, regulated and sold like alcohol: addiction centre
October 9, 2014 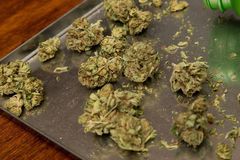 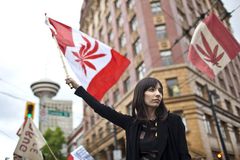