Opposition MPs are accusing Prime Minister Justin Trudeau and Finance Minister Bill Morneau of shielding their family assets from the tax hikes they want to impose on small businesses and are calling for Ottawa to consider taking action on family trusts and other tax-saving structures favoured by the wealthy.

"Answering media questions yesterday [Tuesday], the Prime Minister described his 'family fortune,'" Mr. Scheer said. "Shockingly, he confirmed that he will not be affected by the tax changes he claims are intended to make wealthy Canadians pay more … How is that fair?"

The NDP, which had been sitting on the fence over the small-business changes, called on Wednesday for a 75-day extension to the Oct. 2 deadline for public consultations on changes to business taxation and to expand it to include complex tax loopholes used by rich Canadians.

Mr. Morneau, who had a successful career on Bay Street as an executive at Morneau Shepell, the human-resources firm founded by his father, married into far bigger money through his spouse, Nancy McCain, a member of the family that owns McCain Foods.

"Family trusts have to be looked at with the same level of energy that Mr. Morneau seems to want to apply to the small-business sector," Mr. Cullen told The Globe and Mail. "The reason Mr. Trudeau and Morneau are comfortable with what is going on [with their small-business tax changes] is because they don't suspect it will impact them and their own tax dodge at all. We think it is incredibly hypocritical that they keep their perks while going after small businesses."

Mr. Cullen said the federal Finance Department study needs to focus on the type of family trusts and numbered corporations used by the Prime Minister and Mr. Morneau, whose wealth is estimated to be in the tens of millions of dollars.

The Liberals are currently facing a backlash over proposed changes to tax rules that affect incorporated small businesses known as Canadian-controlled private corporations. One would limit the ability of a business owner to "sprinkle" income to family members who do not work directly for the business.

Another change would restrict the ability to convert income into capital gains as a way of paying less tax, while a third, less-developed proposal, would restrict the use of an incorporated small business as a vehicle for making passive investments unrelated to the business.

The Finance Minister declined to answer questions from a Globe reporter on Wednesday about why he isn't taking action on family trusts. "I'd be happy to talk more but I'd rather have someone here with me recording it," he told The Globe while in Parliament Hill's Centre Block.

Mr. Morneau was repeatedly on the firing line during Commons Question Period Wednesday as Conservative MPs accused him of proposing to tax the investment income of small-business owners at exorbitant rates while protecting Bay Street millionaires and corporate giants including the minister's former firm, Morneau Shepell.

"Interestingly enough, [Tuesday], Morneau Shepell declared a cash dividend to shareholders," deputy Conservative leader Lisa Raitt said. "I am wondering, why is the Finance Minister forcing small businesses to pay a 73-per-cent tax when even the millionaire owners and shareholders of Morneau Shepell will not have that on their dividend."

Mr. Morneau, who at times appeared uncomfortable, did not respond to direct questions about his family business but argued that the Liberals are going after wealthy people who try to use small-business structures to avoid paying taxes.

Disclosures the Finance Minister filed with the federal Ethics Commissioner's office say he is a potential beneficiary of the Nancy McCain 2013 Family Trust.

Also, Mr. Morneau says he is sole owner of 2070689 Ontario Ltd., a Toronto-based holding company, which also owns much of an Alberta-based investment holding company in Calgary, 1193536 Alberta Ltd. Ms. McCain, his spouse, is president of the Toronto company and a director of the Alberta firm.

It's not clear why Mr. Morneau located his investment holding company in Alberta when he lives in Ontario. However, locating in Alberta has in past decades conferred a tax advantage on investors and corporations – although this has changed more recently with tax hikes in the province.

According to filings in Ottawa, Mr. Morneau also jointly owns four numbered Ontario real estate holding companies with his siblings. Florida land records indicate these companies, 2254165 Ontario Inc., 1446977 Ontario Inc., 2135042 Ontario Inc. and 2135041 Ontario Inc. own a series of condominium properties, some of them valued at more than half a million dollars each, on Florida's west coast.

He also appears to be a beneficiary of another trust, called the Morneau McCain Family Trust.

Ms. McCain, his spouse, is also sole owner of NCM Holdings Inc., an investment company that holds a "nominal interest" in White Marsh Holding Co. Inc., a firm whose officers and directors are other McCain family members.

Mr. Cullen said he's heard from small-business owners in his northern B.C. riding who worry the Liberals will tax their life savings.

"A lot of people are coming to me and saying 'look, we were encouraged by government to set ourselves up this way as part of our retirement and now you are coming in and saying we're changing all of that.' That's upending 10 or 20 years of planning so no doubt people are stressed," he said. 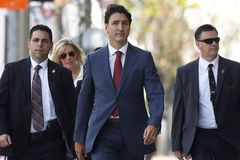 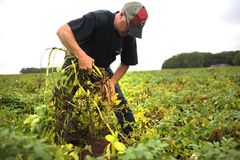