A year after the Liberals campaigned on a promise to strengthen the economy, opposition parties said Friday that they aren't doing enough, after the release of more dreary economic data, including a surprisingly bad jobs report.

Statistics Canada reported Friday that the economy shed 31,200 jobs in July from June, as full-time employment dipped by 71,400. Much of the decline was attributed to losses in the public sector, while job losses in Ontario and Newfoundland and Labrador surpassed gains in New Brunswick and British Columbia. Employment in Alberta was unchanged for a second month, but as more people looked for work, its unemployment hit 8.6 per cent, not seen since September, 1994.

"That's a stunning loss," said Conservative finance critic Lisa Raitt, who also cited new data showing personal insolvency filings in May were up 11 per cent across Canada from the same period a year earlier, including increases of 33 per cent or more in five provinces and two territories. "That makes me concerned about whether or not this government is doing all it can to encourage business investment. … This may be a blip, I'll concede that. But a good minister of finance would see [the jobs and bankruptcy] data for what it is, as a warning sign."

Also Friday, Statscan reported that Canada's trade deficit – the gap between imports and exports – climbed to $3.6-billion in June. "The Canadian economy is struggling to gain meaningful traction," CIBC Economics said in a report.

Ms. Raitt accused the government of creating an unstable business investment climate by increasing Canada Pension Plan premiums for employers and by announcing plans to strengthen environmental assessment rules and pushing for a carbon tax. "It's one thing for this government to say we need to balance the environment with … the economy," she said. "We said it as well. The issue is that the balance is out of whack [and as a result businesses are] contracting and not investing."

Speaking for the government, Rodger Cuzner, parliamentary secretary to the Minister of Employment, Workforce Development and Labour, said "Canadians understand" that chronically weak prices for oil and other commodities and this spring's wildfires in Fort McMurray "had an impact on the job force from coast to coast. You don't wave the magic wand … and get out of this situation."

He said changes promised in last March's budget had yet to make a noticeable economic impact, including modifications to child benefit payments that were introduced in July and major infrastructure investments that the government has pledged to make. Mr. Cuzner also blamed the previous government for failing to diversify the economy. "The Harper regime was a one-trick pony, and that was to benefit from the price of a high barrel of oil," he said.

Economists noted that Canada's performance has been lagging other developed countries – including the United States, which reported another month of better-than-expected job gains Friday – but said that had little to do with politics. "I don't think you can blame either the Conservatives or Liberals" for the continued weakness, said Paul Ashworth, chief North American economist with Capital Economics in Toronto. The drop in commodity prices "is just something that happened" globally, he said, adding that "the only thing holding [the Canadian economy] up is a housing bubble."

Mr. Ashworth said there was little the government could do to change Canada's economic course in the short term, adding that the Liberal government has faced little pressure over its management of the economy. 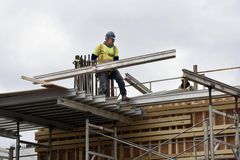 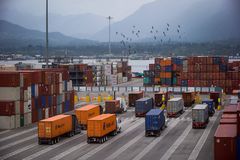 Why forecasting Canada’s jobs report is so difficult
June 8, 2016 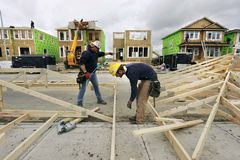