The Conservative government is proposing to expand Canada's role in the fight against Islamic‎ State militants to Syria and extend the mission by one year to March, 2016, sources say.

Prime Minister Stephen Harper will address the House of Commons on Tuesday morning about a motion endorsing the extension and expansion. Opposition party leaders were sent a copy of the motion on Monday night‎.

It proposes another 12 months of "military contributions," including air strikes in Iraq and Syria, and says the government will keep to its plan not to deploy troops in a ground combat role there.

‎The motion will be placed on the order paper‎ on Tuesday, setting the stage for a vigorous debate in Parliament over Canada's role in the fight against Islamic State.

Both the NDP and Liberal opposition parties voted against the mission last fall, saying Canada's focus should be providing humanitarian aid and assistance to refugees. The NDP says it remains opposed to the current mission, but the Liberals say they would wait to see the text of the motion before deciding whether to support the government's plans.

The United States and several Persian Gulf states are participating in air strikes in Syria, but Canada and other coalition members have so far limited their involvement to Iraq.

On Monday, Mr. Harper met with NATO secretary-general Jens Stoltenberg, who was visiting Ottawa, to discuss security. During a brief photo opportunity before the meeting, Mr. Stoltenberg remarked that Canada is making a significant contribution to the fight against Islamic State.

"NATO is also doing lots to fight and to try to work with partners in the region to stabilize them," he added. "Because if you are able to make the Middle East more stable, we will become more secure."

Defence Minister Jason Kenney would not comment on the government's plans when asked about the matter on Monday. During Question Period, he referred to the Islamic State as a "genocidal" group that is terrorizing civilians in Syria and Iraq.

"It's a terrorist organization that has threatened Canadians that is responsible for influencing the terrorist attacks that took place here on Canadian soil last year, and Canadians will not sit on the sidelines of important missions to strengthen Canada's and the world's security. We have the obligation to act and we will continue to act," Mr. Kenney said.

NDP defence critic Jack Harris said on Monday that he is concerned the government is engaging in a long term commitment without a clear plan for what it hopes to accomplish. Liberal defence critic Joyce Murray said in an interview on Tuesday evening that she would wait for details from the Conservative government before commenting on whether her party will support an expanded mission.

The government has not commented publicly on the length of the extension it wants. Many observers were expecting a longer term because a second six-month commitment would expire around the time of the next federal election.

An Ipsos Reid poll released on Monday suggested that two in three Canadians support an extension of the military mission. The poll, conducted for Global News between March 16 and March 19, is considered accurate within 3.5 percentage points, 19 times out of 20.

In an interview with The Globe and Mail, Mr. Stoltenberg said NATO is still considering a four-month-old request from Iraq to help train its soldiers, and repeated the alliance's willingness to help Libya once things stabilize there.

"We are assessing a request from Iraq to do defence capacity building," Mr. Stoltenberg said, adding, "We stand ready to do the same in Libya if the security situation allows." 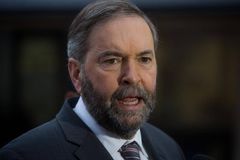 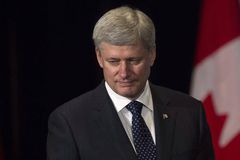 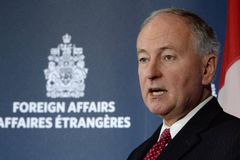 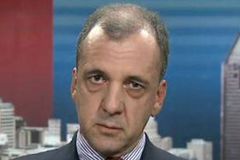