The federal government has quelled a growing controversy with a declaration that all same-sex marriages performed in Canada are legal.

Justice Minister Rob Nicholson issued a statement on Friday that reversed his department's earlier position that same-sex marriages performed in Canada are legal only if they are accepted as such in the home country of the marriage partners.

He said that a "legislative gap" that caused the confusion will be closed.

"The confusion and pain resulting from this gap is completely unfair to those who are affected," Mr. Nicholson said. "I want to make it clear that, in my government's view, those marriages should be valid."

His statement was a source of relief to same-sex couples who feared that, not only might they be unable to divorce because of a one-year residency requirement, but that their marriages were invalid. Many had lost faith in a country they had considered a beacon of social justice for gays.

"Oh my God, this is a wonderful turn of events for everybody," said Brendan Fay, a New Yorker who came to Canada to marry his partner several years ago. "It restores confidence and trust in the Canadian government.

Mr. Nicholson blamed the former Liberal government for the problem, because, when it legalized same-sex marriage, it did not address the fact that the residency requirement was destined to leave thousands of couples unable to divorce. Former Liberal justice minister Irwin Cotler responded that it did not stick out as a serious potential problem.

Martha McCarthy, a lawyer for the lesbian couple whose Toronto divorce application has turned into a test case, said that Mr. Nicholson's statement has assuaged her concern.

"Everyone who was panicked by the news yesterday can relax and forget all about the uncertainty of the last 24 hours," Ms. McCarthy said. "You are all still married."

Ms. McCarthy said a senior Harper cabinet member assured her on Friday that the government will withdraw its objection to her clients obtaining a divorce and will co-operate in speeding the court process.

She said she believes the government intends to change the one-year residency requirement.

The controversy erupted on Thursday when The Globe and Mail reported that federal lawyers were fighting Ms. McCarthy's clients' divorce case by saying that same-sex marriages involving non-residents are not legal unless their home country recognizes them as legitimate.

Mr. Nicholson said on Thursday that he would amend the law to enable non-resident same-sex couples to obtain divorces. He went considerably further on Friday, endorsing the legality of all same-sex marriages performed in Canada.

Mr. Cotler challenged Mr. Nicholson to explain the contradiction between his assertions on Friday and his department's legal position in the divorce case.

"The government is seeking to do damage control," Mr. Cotler said, adding that the residency requirement applies to both heterosexual and same-sex marriages and has existed since 1985, so the Harper government had ample time to change it.

The rapid-fire series of events left family-law experts scratching their heads. They said it was foreseeable that foreign couples seeking a divorce would run headlong into a one-year residency requirement in the Divorce Act.

"What probably happened was that at the time the same-sex-marriage legislation was being passed, people were focusing on the positive and not the negative," said Grant Gold, a Toronto family lawyer. "The euphoria of the moment might have taken over."

Michael Cochrane, another prominent family lawyer, warned that it would be a mistake simply to eliminate the residency requirement for dissolving a marriage because it would create a run on Canadian divorce courts.

"Instead of tourist weddings, we will have tourist divorces – all at the expense of Canadian taxpayers," he said.

Mr. Cochrane suggested that judges dispense with the residency requirement in particular cases if a couple meets specific criteria – such as coming from a country where they cannot obtain a divorce due to intolerance of same-sex marriage.

Brenda Cossman, a family law expert at the University of Toronto, said the government can readily amend divorce legislation to state that the laws of the place where a couple obtained their marriage will also dictate their divorce procedures.

Ms. Cossman said that Canada could also exempt same-sex marriages from an "arcane" set of international rules that state that the legal system of a couple's domicile takes precedence over those of the country where they were married.

Editor's note: Rob Nicholson, the Minister of Justice, said on Friday, on the subject of same-sex marriages between non-residents performed in Canada, "I want to make it very clear that, in my government's view, these marriages should be valid."An incorrect adjective appeared in a previous version of this article. 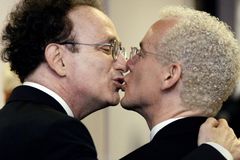 Same-sex marriage confusion has couples wary of what happens next
January 12, 2012 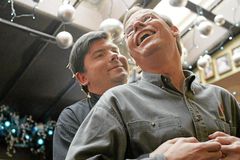 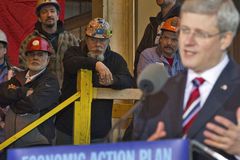 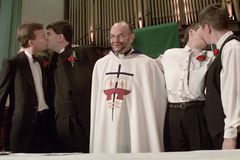 Still questioning same-sex love? Sorry, I thought this was the 21st century
January 12, 2012 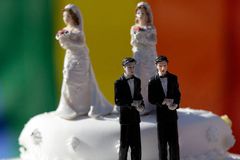 'Law of domicile' should have no veto on the Constitution
January 12, 2012 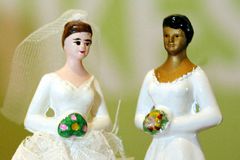 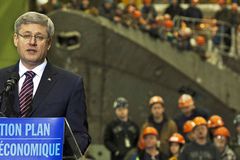 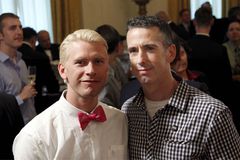 Opinion
It takes more than a verdict to win equality
January 12, 2012 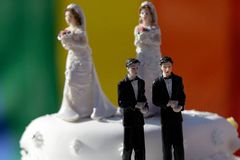