The Trudeau government has green-lighted the sale of one of British Columbia's biggest retirement home chains to a Beijing-based insurance titan with a murky ownership structure in a deal that gives China a foothold in Canada's health-care sector.

On paper, a majority stake in Vancouver-based Retirement Concepts – believed to exceed $1-billion in value – is being sold to a Chinese-owned company called Cedar Tree Investment Canada. That is the deal that federal officials in Ottawa announced they had approved this week. However, Cedar Tree is the company that China's Anbang Insurance is using to make the acquisition.

Anbang emerged from relative obscurity in recent years to snap up acquisitions around the globe – a string of deals that in 2016 helped push Chinese purchases of overseas real estate to new heights.

The company has faced repeated questions in the United States over who actually owns the giant firm and what ties it has to the Chinese state. The New York Times last year reported that a majority of Anbang was held by firms fully or partly owned by relatives of Anbang's chairman.

It found that 92 per cent of Anbang was held by firms fully or partly owned by relatives of Anbang's chairman, Wu Xiaohui; or his wife, Zhuo Ran, the granddaughter of former Chinese leader Deng Xiaoping; or Chen Xiaolu, son of a famous People's Liberation Army general.

Canadian officials said on Tuesday their review of the takeover included a screening for any potential impact on national security. "No issues were raised," a spokeswoman for Innovation, Science and Economic Minister Navdeep Bains said.

Federal officials did not explain how they have been able to get a clear picture of Anbang's ownership and corporate structure.

Lack of transparency has emerged as a problem for the company. Last year, Anbang withdrew an application for regulatory approval of a purchase of Iowa-based Fidelity & Guaranty Life, according to Reuters, after the New York Department of Financial Services sought more details about the Beijing firm's funding and shareholder structure – information Anbang was not immediately able to provide.

The acquisition of Retirement Concepts, a family-owned business since 1988, gives Anbang an important role in the delivery of health care in British Columbia. Concerns have been raised about what will happen when that slice of B.C.'s health care system passes into foreign control.

Retirement Concepts is the province's highest-billing provider of assisted living and residential care services. The B.C. government paid Retirement Concepts $86.5-million in the 2015-16 fiscal year, more than any other of the 130 similar providers.

Retirement Concepts owns and operates about 24 retirement communities, mostly in B.C., except for several properties in Calgary and Montreal. It also owns unused or partly developed land that would allow a major expansion of facilities.

The Vancouver firm last fall defended the sale by saying the company's executive team will operate the retirement-nursing homes on behalf of Anbang.

An e-mailed statement from Mr. Bains said the deal gives Retirement Concepts "a strong financial partner" that will support the expansion of the business and provide high-quality services to more seniors.

He said B.C. regulators will ensure elder care remains up to code, saying the province "imposes rigorous standards of care on all operators of residential care and assisted living facilities."

Mr. Cullen said Anbang is the "new face" of foreign-owned health care delivery for the elderly in B.C., and Canadians are entitled to know the full details behind the Beijing insurer.

The statement from Mr. Bain said Cedar Tree has agreed not to scale back the business.

"[It] has agreed to maintain at least the current levels of full-time and part-time employees at facilities operated by Retirement Concepts; ensure a significant ongoing role for Canadians in the business; have the current Canadian operator ... continue to manage the business; not close or re-purpose any of the existing residences; [and] financially support the expansion of the business."

Foreign investments are reviewed to determine whether they provide a net benefit to Canada and are compatible with this country's industrial, economic and cultural policies and what impact they will have on Canadian participation in the business.

In Anbang's case, it is hard to get to the bottom of the company's ownership and backing.

The New York Times reported last September that Anbang's structure has stoked such suspicion about its true ownership that some Wall Street firms, including Morgan Stanley, have opted not to advise the company on United States mergers and acquisitions because they cannot get the information needed to satisfy their "know your client" guidelines.

Over the months since The Globe and Mail revealed the takeover bid for Retirement Concepts, this newspaper has made repeated efforts to contact Anbang.

Cedar Tree gives a Vancouver law firm as the address for its two directors. However, a woman working at the law firm told The Globe earlier this month she was unable to reach Cedar Tree to pass on a request for information.

A man working at the Anbang Insurance office in Vancouver told a Globe reporter "everyone was busy" and could not talk to her; he took took contact information but no one ever called back.

Anbang Asset Management is a B.C. company set up shortly before Anbang's bid for Retirement Concepts. It bears the same name as Anbang Insurance's overseas investment arm; and the B.C. company's sole listed director is a homemaker in Vancouver's Kerrisdale neighbourhood.

When The Globe attempted to contact Anbang through this Kerrisdale home, a man who answered the door said the company had no relation to the Beijing insurer and the name was a coincidence.

On Tuesday, after the deal's approval emerged, a Canadian public relations practitioner hired by Anbang came forward to say he would accept questions on behalf of the Beijing company and Cedar Tree. He cautioned that responses might be delayed because one company spokesperson is based in Hong Kong. Anbang provided no immediate response.

The Canadian government is eager to attract foreign money to make up for insufficient investment capital within Canada; acquisitions by foreigners are rarely rejected. Mr. Trudeau particularly wants more investment from China, and has begun exploratory free-trade talks with Beijing. The Liberals have signaled they are open to rolling back a ban on state-owned Chinese investment in the oil sands that former prime minister Stephen Harper imposed.

British Columbia's Liberal government says it is not concerned about the Retirement Concepts deal because regional health authorities will ensure standards are met. "That is true whether or not a facility or home is being operated by the province, or by a foreign-owned business," B.C. Finance Minister Mike de Jong said on Tuesday during a budget briefing in Victoria. "That vigilance will continue to be applied."

The 46,000-member Hospital Employees' Union in B.C. said it warned Ottawa and B.C. about the takeover.

"Our primary concern around this [sale] is what in essence is a loss of control over a public asset that has been subsidized by taxpayers, by British Columbians," said Jennifer Whiteside, secretary-business manager of the HEU.

Retirement Concepts is a private company but has built its business through contracts with publicly funded health authorities, Ms. Whiteside said.

The HEU worries the transaction could result in unforeseen changes to seniors' care, she said.

"What happens if [Anbang should] run into liquidity problems ... how will the provincial government ensure this public asset is protected?"

With reports from Xiao Xu and Wendy Stueck in Vancouver 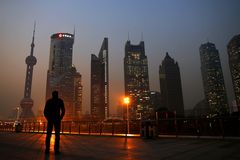 Trudeau discussed Chinese investments at fundraiser, host says
Minister vows to scrutinize retirement home takeover bid by Chinese company Anbang
Follow Steven Chase on Twitter @stevenchase
Report an error Editorial code of conduct
Due to technical reasons, we have temporarily removed commenting from our articles. We hope to have this fixed soon. Thank you for your patience. If you are looking to give feedback on our new site, please send it along to feedback@globeandmail.com. If you want to write a letter to the editor, please forward to letters@globeandmail.com.
Comments