Huawei Technologies, which in just two decades has grown big enough to rival Sweden's Ericsson as the No. 1 maker of telecommunications equipment in the world, is making inroads into Canada. It's now supplying major wireless firms here, including Bell and Telus, as well as SaskTel and Wind Mobile.

The Shenzhen-based Huawei, founded by a former People's Liberation Army member, is trying to counter accusations from U.S. politicians that its telecom gear could somehow enable agents of the Chinese government to intercept or sabotage foreign communications systems.

Top-secret Canadian government documents authored as recently as May 17, and obtained by The Globe and Mail under the access-to-information law, show that the national cryptologic agency, the Communications Security Establishment, has cast a wary eye on Huawei.

A May 8 presentation for the Department of National Defence, written by the Communications Security Establishment and titled "Supply Chain Threats to Canada," devotes three pages to Huawei and discusses "proposed measures" that could be implemented. Ottawa's computer and communication networks depend heavily on telecom companies.

The presentation, which discusses the damage foreign adversaries can inflict on a nation's computer systems, also mentions the "Farewell dossier" incident. That was an episode in the Cold War where the U.S. Central Intelligence Agency was reported to have deliberately transferred faulty technology to the Soviet Union – including a computer virus that allegedly triggered a major pipeline explosion.

A February memo authored by Canada's Department of National Defence said the Communications Security Establishment is drawing up "engagement options" for Huawei and a May 17 DND document discusses "risk mitigation activities" in connection with the Chinese firm.

All the records released are heavily censored on the grounds that disclosing what's being withheld might damage Canada's international affairs or efforts to protect this country and its allies, that it would reveal vulnerabilities or safeguards related to computer systems or that it would divulge confidential advice from officials.

Privately held Huawei has on numerous occasions rejected the accusation its equipment could be used to enable spying.

A spokesman for Huawei's Canadian unit says Ottawa's scrutiny is not unexpected, given the company is an ascendant firm on the world stage.

"We're a globally successful, employee-owned, Chinese-based, telecommunications company. It is reasonable to assume the government will be taking a look at us," Huawei Canada's Scott Bradley said.

In the U.S., last week, Huawei underwent a grilling at congressional hearings over allegations that Chinese intelligence agencies could use its products to gain access to key American telecommunications components and systems.

In counterintelligence, "supply chain threat" refers to the concern in an age of global manufacturing that foreign adversaries might place malicious software or technology in network hardware assembled offshore. This could enable the theft of secrets or sabotage of networks.

Mr. Bradley said Huawei's international growth is proof that many have faith in the company.

"Our success around the globe: working with 45 of the world's 50 largest telecommunications operators … over $32-billion in sales in 2011 – reflects the trust and confidence of our customers, and the markets in which we operate."

The Harper government recently took extra measures to safeguard its networks against the risks of hacking or espionage.

Late this spring, Ottawa announced it was invoking an infrequently used national security exception in a contract to consolidate e-mail systems across government departments and agencies. This allows Canada to place strict security restrictions on companies supplying components for the project – measures that could be used to shut out hardware or software originating from some countries.

One of the Communications Security Establishment presentations in May on Huawei implies board chair Sun Yafang has former ties to the Chinese Ministry of State Security – although it does not back up this claim. Huawei, for its part, says this allegation is untrue.

Rafal Rohozinski, an information security expert with The SecDev Group, said defending computer networks from penetration today is more crucial than ever.

"Telecommunications is the strategic commanding heights of the 21st century," Mr. Rohozinski said. 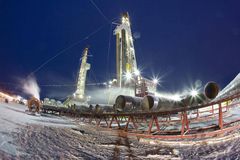 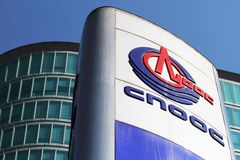 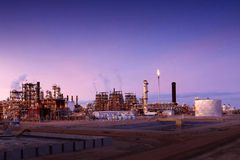 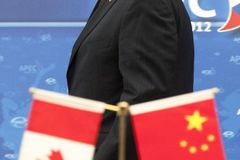 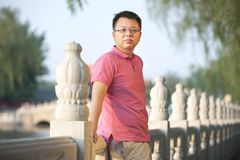