The former Supreme Court judge who headed an inquiry into Canada's worst terrorism incident says the federal government's new anti-terror legislation is flawed because it fails to ensure that CSIS and the RCMP share information on unfolding threats.

John Major says the crucial lack of co-operation between the two agencies that occurred before the 1985 Air India explosion is still a concern and that a security overseer is needed to ensure information-sharing takes place.

In his 2010 report into the disaster, he said a national security adviser with enhanced powers should be appointed to settle disputes and ensure intelligence is shared between the Canadian Security Intelligence Service, the RCMP and 14 other security agencies and departments. The Conservative government rejected that recommendation at the time.

"They may be entitled to do more than simple intelligence gathering," he said of CSIS under the proposed new law. "If that's the case, it can lead to other problems of overlap. The RCMP get a little annoyed and think, 'Well, let CSIS do it.' And CSIS doesn't do it. When you have that many agencies involved, it's a recipe for confusion unless there's somebody steering the ship."

A spokesman for Public Safety Minister Steven Blaney, however, said greater information-sharing is a pillar of the proposed law. "This Act fulfills the government's commitment to introduce information-sharing legislation as part of the Air India Inquiry Action Plan," Jean-Christophe de Le Rue said. But Mr. Major said he saw nothing in the bill that gives a national security adviser the authority necessary to ensure the information is actually shared.

His inquiry into the intelligence failures behind the Air India bombing that killed 329 people heard extensive testimony from CSIS and the RCMP before publishing its five-volume report in 2010.

Canada's biggest revamp of anti-terrorism laws since 9/11 is set to be debated this month by a Commons committee. Bill C-51 would, among other things, allow CSIS, a civilian spy agency, to disrupt threats to national security by obtaining a judge's warrant to cancel travel plans or interfere with bank accounts or electronic communications. More than 100 Canadian law professors signed an open letter on Friday calling the bill a danger to democracy and the rule of law. Separately, a group of four former prime ministers and 14 others, including Mr. Major, signed a commentary in The Globe and Mail urging the creation of additional oversight for the country's security agencies.

Mr. Major called the law professors' letter "way over the top. You've got to come back to what we're dealing with – a serious problem of terrorism in Canada. You can't have a halfhearted war against that. You're going to have some abuses that creep up no matter how carefully the legislation is drawn. But you've got to arm our people with some authority to root out terrorists."

The biggest lesson of the Air India inquiry, he said, is that a lack of co-operation between CSIS, the Mounties and other intelligence-gathering departments is a fatal weakness in the country's security defences. CSIS gathers intelligence on threats to Canada; the RCMP conduct criminal investigations.

"It's obvious that had the RCMP known what CSIS knew, and vice versa, about the proposed attack on Air India, they would have stopped it," the 84-year-old Calgarian said from a winter vacation in Arizona. Former Progressive Conservative prime minister Brian Mulroney appointed him to the Supreme Court in 1992, and he served until 2005.

The problem of information-sharing remains, he said. It's human nature to want to complete what you start and, "for lack of a better word, get the credit or glory for achieving it." So CSIS "tends to hold on to the information rather than turn it over to the RCMP. Similarly, the RCMP is not without fault. The system just doesn't work if there isn't some way of ensuring that you have information-sharing. And there's no way from what I've seen that the present proposed legislation is going to do that."

"It was felt that you couldn't have a national security adviser who was a super-deputy minister cutting across lines of authority," he said.

Mr. Major's report envisioned a national security adviser whose staff would be seconded from agencies with national security responsibilities, such as CSIS, the RCMP, the Canadian Border Services Agency and the foreign affairs department.

"Surely the obstacles described by Wark are not beyond human competence," Mr. Major said on Sunday. "We are talking about reorganization, not splitting the atom." 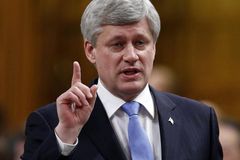 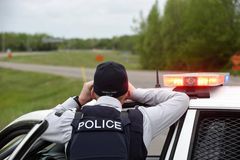 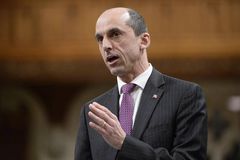