Canada is ending its much-maligned practice of defending asbestos mining on the world stage, a reversal of a stand that made it a pariah in some international circles.

The Harper government, which until Friday unflinchingly defended Canada's right to export the cancer-causing mineral from Quebec, is blaming the incoming Parti Québécois regime for its change of heart.

Premier-designate Pauline Marois's party,which will soon take office in Quebec, pledged during the provincial election campaign to cancel a government loan guarantee designed to resurrect the big Jeffrey asbestos mine in Asbestos, Que. It would have been the only mine operating in an otherwise moribund industry.

"The decision to close down the industry has already been taken by Mrs. Marois," Industry Minister Christian Paradis said on Friday.

He said Canada will no longer block international efforts to add chrysotile asbestos to a United Nations treaty called the Rotterdam Convention, a global list of hazardous substances. Being on the list places restrictions on trade of the mineral.

"It would be illogical for Canada to oppose the inclusion of chrysotile [to] the Rotterdam Convention when Quebec, the only province that produces chrysotile, will prohibit its exploitation," Mr. Paradis said.

He announced Ottawa will offer up to $50-million to help towns dependent on the industry diversify their economies.

Mr. Paradis, the Tories' political lieutenant for Quebec, made the announcement on Friday in Thetford Mines, Que., his political hometown and once a big force in the asbestos industry.

Bernard Coulombe, a top executive at the Jeffrey mine, suggested the Harper government has made a U-turn on asbestos to help secure a free-trade agreement with the European Union. Negotiators will meet in Ottawa Sept. 17 to 21.

Mr. Coulombe said he believed France was putting pressure on Canada to drop its objection to listing asbestos as Europe and Canada negotiate the trade deal.

Defeated Quebec premier Jean Charest had promised to keep the mine afloat with the loan guarantee, and among his most enthusiastic receptions in the recent election campaign was in Asbestos, where the mine is a vital economic lifeline.

While keeping the mine alive was seen as popular in the region, Karine Vallières, the Liberal candidate in Richmond, the riding that includes the mine, won her seat by a scant 269 votes.

Mr. Coulombe said he's not giving up hope and still believes his mine can reopen.

"This absolutely does not mean the end of the Jeffrey mine," Mr. Coulombe said. "It will mean more paperwork. But it's not the anti-asbestos lobby that will put an end to this industry."

The Canadian Public Health Association quickly applauded the Harper government's about-face. "Canada has a moral obligation, backed by well-grounded evidence, to close down this industry and stop exporting a potentially hazardous material to countries that are ill-equipped to protect the health of workers," said Erica Di Ruggiero, chair of CPHA's board.

Asbestos is a family of silicate minerals used in building construction that can trigger cancer if it is inhaled. Its sale is restricted in Canada, but large quantities are exported to developing countries. Most forms of asbestos have been banned in the European Union.

While Canada backed the export of the harmful mineral, it banned the use of asbestos in Canada. Governments have spent enormous sums removing it from buildings across the country, including Parliament Hill and the Prime Minister's official residence.

"Does 'asbestos' mean something different in French than it does in English?" Mr. Mandvi joked with Mr. Coulombe.

"Because in English it means slow, hacking death." 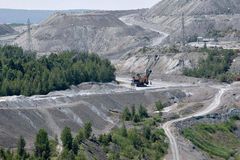 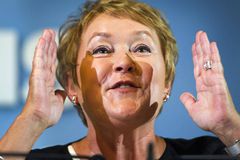 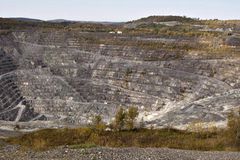