The Trudeau government is prepared to walk away from NAFTA negotiations if the Trump administration insists that dispute-settlement panels be removed from the accord, a senior official says.

Canada, the United States and Mexico will sit down on Aug. 16 for the first round of talks aimed at rewriting the North American free-trade agreement – the only reopening of the accord in the past 23 years. The negotiations are taking place at the request of U.S. President Donald Trump, who threatened during his campaign last year to tear up NAFTA if he could not extract a better deal for Americans.

The U.S. government announced last week that eliminating the dispute-resolution mechanism is among its top priorities in the talks.

Chapter 19 of NAFTA allows Canada, the United States or Mexico to request the establishment of independent, bi-national panels when their exporters or producers feel they are the victim of unfair trade rulings by another NAFTA country. These panels issue binding decisions to resolve the dispute.

Critics in the United States have felt Chapter 19 is an unacceptable ceding of U.S. sovereignty and the U.S. government would prefer foreign companies to seek redress in U.S. courts – a more costly and lengthy process.

A senior Canadian official who was not authorized to speak on the record said Prime Minister Justin Trudeau regards Chapter 19 as the "red line" that Canada will not cross.

If Canada or Mexico were to leave the talks, NAFTA would stay as it is and Mr. Trump might then have to fulfill his pledge to pull the United States out of the deal.

The official said Mr. Trudeau is ready to walk away from the negotiations if U.S. Trade Representative Robert Lighthizer declines to relent on the panels.

Mr. Trudeau would be following the example of Conservative prime minister Brian Mulroney, who ordered his negotiators to leave 1987 negotiations on a Canada-U.S. free-trade deal unless a dispute-settlement mechanism was included. Mr. Mulroney believed independent, bi-national panels would prevent years of litigation in U.S. courts when trade disagreements arose.

"We fought hard to get it," Derek Burney, a former Canadian ambassador to the United States who helped negotiate the Canada-U.S. free-trade agreement in the 1980s, recalled in a recent interview with The Globe and Mail. "We walked away [from the negotiating room] because we couldn't get it and we wouldn't have come back without it.

"It is important. It's very important. We shouldn't let [the Americans] get away with unilaterally announcing they are going to do away with it," Mr. Burney said of Chapter 19.

Canada's ambassador to the United States, David MacNaughton, spoke publicly last week about the need for a dispute-settlement mechanism in NAFTA.

"We think it's critical to have some kind of a dispute-resolution mechanism incorporated – it was in 1994 and it continues to be," Mr. MacNaughton said during a visit to Edmonton, where Canada's premiers were meeting. "Whether or not … [it] can be improved or modernized, I think we're up for discussion on that."

U.S. critics have charged that the tribunals are biased against U.S. interests.

Foreign Affairs Minister Chrystia Freeland is scheduled to appear before a Parliamentary committee in Ottawa on Aug. 14 to lay out Canada's negotiating objectives for the NAFTA talks.

Under Chapter 19, when one country slaps anti-dumping and countervailing duties on products from another country, the duties can be appealed to the panel rather than to the court system in the country that imposed the penalties.

The chapter has been invoked over the years to deal with disputes on everything from softwood lumber to pork to magnesium to beer to cement.

U.S. uneasiness with the panels turned to anger after major NAFTA rulings went against Washington. Panels in the early 1990s and mid-2000s found in Canada's favour on the softwood dispute. In the early 1990s case, the United States' complaints were exacerbated by the fact that panel decisions broke down on national lines, with Canadian members of the panels ruling in Ottawa's favour and Americans supporting the United States.

The push to scrap the panels has the enthusiastic backing of the U.S. lumber lobby. "The Chapter 19 system is unconstitutional, unworkable in practice, and for decades has seriously undermined the enforcement of U.S. law against unfair trade practices by Canada and Mexico, to the detriment of U.S. industries and workers," Zoltan van Heyningen of the U.S. Lumber Coalition said in a statement last week. 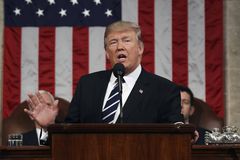 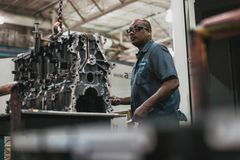 NAFTA’s Chapter 11 provision under fire
Subscriber content
July 23, 2017
Follow Robert Fife and Steven Chase on Twitter @RobertFife @stevenchase
Report an error Editorial code of conduct
Due to technical reasons, we have temporarily removed commenting from our articles. We hope to have this fixed soon. Thank you for your patience. If you are looking to give feedback on our new site, please send it along to feedback@globeandmail.com. If you want to write a letter to the editor, please forward to letters@globeandmail.com.
Comments