In a letter sent Thursday, Natural Resources Minister Joe Oliver rejected calls from the industry to provide new money under Ottawa's ecoEnergy program to ethanol or biodiesel firms looking to build plants. Existing commitments, however, will be met until the program expires in 2017. A copy of the letter was obtained by The Globe and Mail.

"The government will not redesign or reopen the ecoEnergy for biofuels programs to new applicants," Mr. Oliver said. "During this time of fiscal restraint and challenging global fiscal realities, our government has committed to ensuring that we balance our budget."

Ottawa has already paid out $672-million to companies that have built plants to make grain-based ethanol and biodiesel, which has created 800 jobs and a new market for farmers. It expects to spend $1-billion on biofuels subsidies when the last payments are made in 2017, though the program was initially promoted as a $1.5-billion effort.

The government stopped taking applications under the program in 2010, but several companies have announced plans to build new biodiesel plants and the industry has been urging the government since then to continue the subsidy program. In November, 2011, U.S. agrifood giant Archer Daniels Midland announced plans to build a 265-million-litre-a-year biodiesel plant in Lloydminster, Alta., next to its canola crushing plant.

"Our members are ready to build new plants today," said Scott Thurlow, president of the Canadian Renewable Fuels Association. "They have shovel-ready projects which if the programs was reopened, they could absolutely make good on the Prime Minister's commitment to have 600 million litres of domestic biodiesel production in place."

Mr. Thurlow said the decision was "incredibly disappointing," and he questioned the timing of the announcement, given the escalating pressure on Ottawa to make more progress on combatting climate change.

In his letter, Mr. Oliver praised the ethanol industry, which is now producing virtually all the renewable fuel needed for Canada to meet its target of 5 per cent ethanol in the gasoline supply. But there are no ethanol producers with proposals for plants that would depend on the subsidy program.

In his letter to the industry, the minister noted the biodiesel industry has been unable to produce as much renewable fuel as had been promised. Critics have complained that biofuels from grain represent more of a subsidy to farmers than an environmental program, though Ottawa insists the growth of renewable fuel production has helped reduce greenhouse gases in the transportation sector.

But the minister added that the Canadian biodiesel industry "has not been able to produce and sell the large quantities of fuel that were forecasted." And Canadian refiners complained that the renewable diesel often did not meet their specifications and could not be easily blended with diesel.

As a result, much of the biodiesel produced in Canada has been exported, while refiners in some regions have been forced to import the renewable fuel to meet the 2-per-cent diesel target.

The ecoEnergy biofuels program came under fire last fall when The Globe and Mail revealed that one company, Great Lakes Biodiesel Inc., was in line for $65-million in subsidies for a plant it is building in St. Catharines, despite being investigated for improper shipments of American fuel to Europe. Great Lakes received a commitment for payments from Ottawa, but must actually produce biodiesel in order to collect.

What the industry wants

What Ottawa is doing 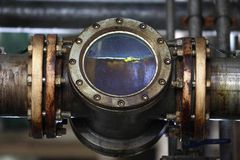 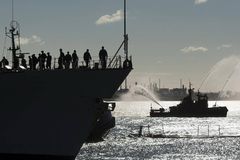 A cheaper way to turn flax into biodiesel
January 30, 2013 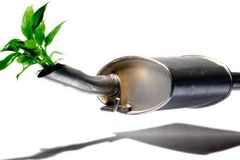 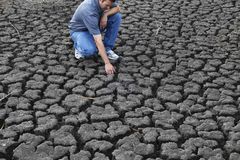