The Conservative government has given itself broad new powers to share Canadian immigration files and other information with foreign governments – a practice that could have far-reaching implications for individuals who cross borders.

The powers are included in Bill C-24, an overhaul of citizenship law passed last month, though have drawn little attention. The changes amend the Citizenship Act to allow Stephen Harper's cabinet to draft regulations "providing for the disclosure of information for the purposes of national security, the defence of Canada or the conduct of international affairs," including under international deals struck by Citizenship and Immigration Minister Chris Alexander.

Cabinet will also now be permitted to allow the "disclosure of information to verify the citizenship status or identity of any person" to enforce any Canadian law "or law of another country."

Ottawa contends the final regulations are still being developed and will comply with Canadian law. However, critics warn the changes could lead to Canada sharing citizenship and immigration details with foreign countries, whether verified or not, without oversight.

"This language gives them another legal basis for sharing information," said immigration lawyer Lorne Waldman, who represented Maher Arar at a federal commission of inquiry a decade ago.

Mr. Waldman said the perils of unfettered information sharing are illustrated by that case. Mr. Arar, a Canadian of Syrian heritage, was jailed and tortured in his homeland, after RCMP wrongly flagged him as a terrorism suspect.

"Go back to Maher Arar," said Mr. Waldman. "Sharing information is fine, but when you share information, make sure that the information sharing is accurate."

In the aftermath of the Arar affair, strict rules were imposed on how Canada's police and intelligence agencies share information with their foreign counterparts.

However, critics fear the rules are being relaxed – especially as other federal agencies expand their own, less-regulated information sharing practices. Canada's new perimeter-security agreement with the United States, for example, envisions a greater flow of information in government databases across borders.

C-24 has mostly drawn attention for giving the Minister the unilateral ability to strip Canadian citizenship in extreme cases, even from those born in Canada.

Mr. Alexander's office said the bill's added information-sharing powers are "in line" with existing laws under the Immigration and Refugee Protection Act.

"Our government takes the privacy of Canadians very seriously," Alexis Pavlich, Mr. Alexander's press secretary, said in an e-mailed statement. The new provisions are needed to "verify citizenship status and answer other identity questions," but "any information shared with partner countries will be in accordance with domestic and international norms and obligations," Ms. Pavlich said.

It's unclear precisely what information could be shared. Immigration lawyer Barbara Jackman suggested federal officials could pass along citizenship applications and background checks, particularly in relation to Canadians involved in extremist movements abroad.

"It's those ones they want to be able to share information about," Ms. Jackman said. But "it scares me because it won't stop there."

Government officials "are already abusing their power," said Gabriel Chand, a Vancouver-based lawyer in an interview.

He explained that he recently represented a Sri Lankan Tamil who complained he was jailed and tortured in his homeland after being deported from Canada.

Mr. Chand said his client detailed his allegations in a post-deportation narrative that was filed in a sealed Canadian tribunal proceeding. Yet Ottawa officials shared that narrative with Sri Lankan counterterrorism officials, he said, a set of circumstances that he alleged had placed his client in even greater jeopardy.

Richard Kurland, a Vancouver immigration lawyer, said the open-ended powers apply to any Canadians, not just prospective immigrants, but the issue was dwarfed by other controversial elements of the bill.

"I'm sure Canadians and the politicians didn't fully grasp what was on that blank cheque they just signed," Mr. Kurland said of the information-sharing powers.

Josh Paterson, executive director of the BC Civil Liberties Association, said the group is "very concerned" by the new provisions that "raise serious questions about what kinds of information on Canadian citizens the government plans to share with foreign governments, and why."

Canada got it right on immigration. Now it’s time to lead on refugees
Subscriber content
July 8, 2014 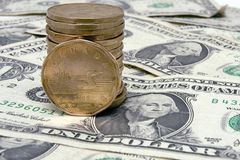 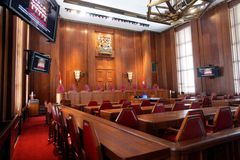 Follow Colin Freeze and Josh Wingrove on Twitter @colinfreeze @josh_wingrove
Report an error Editorial code of conduct
Due to technical reasons, we have temporarily removed commenting from our articles. We hope to have this fixed soon. Thank you for your patience. If you are looking to give feedback on our new site, please send it along to feedback@globeandmail.com. If you want to write a letter to the editor, please forward to letters@globeandmail.com.
Comments