Ottawa is cracking down on Romanian asylum seekers who ran a porous border crossing earlier this year, hoping to stop a new wave of migrants who fly to Mexico and then work their way illegally onto Canadian soil to make refugee claims.

After erecting a new security barrier at the Stanstead crossing in Quebec last month, federal officials are now using new legislative tools to slap six-month detentions on 85 European migrants who illegally entered Canada at that location in five waves this year.

Ottawa's goal is to make it more difficult for illegal migrants to cross the Canada-U.S. border, and make life harder for those who have already broken the rules to come in. The tough talk comes as illegal entries into Canada are increasing and reaching unprecedented numbers, according to Canadian officials.

Just at the Stanstead crossing, 282 people have already made illegal entries and subsequent refugee claims this year, including 157 Romanians. Many of the migrants travelled into Canada in packed cars that rushed up the wrong lane to avoid border guards.

To deal with these land entries, Ottawa is now resorting, for the first time, to new legislative provisions that were largely designed to deal with migrant vessels likes the ones that landed on the B.C. coast in 2009 and 2010. The rules in the Protecting Canada's Immigration System Act, in which the claimants are deemed to be "irregular arrivals," will make it easier for authorities to detain the asylum seekers for at least six months, and to deport them if their refugee claims are rejected.

Federal officials said their ultimate goal is to go after the human smugglers who organized the complex trips into Canada, although they refused to comment on ongoing investigations during a media briefing.

Officials said that most of the migrants flew to Mexico, where there is no visa requirement for Romanian travellers, before illegally crossing into the United States – notably Arizona – then heading to Canada.

Had they been captured at the border, the migrants would likely have been returned down south in accordance with a bilateral agreement with the United States. As a result, most of them drove through the border crossing in the outbound lane on the Vermont-Quebec highway. The border service does not have the authority to pursue them, allowing them to make a subsequent refugee claim from inside the country.

In most cases, the claimants arrived in Canada in packed cars with young family members on board. Of the 85 people targeted by the government on Wednesday, 30 are children.

Authorities are still looking for 45 of the 85 Romanians, with most of them believed to be in the Toronto area. Of the 40 who have been located, 30 have been arrested and 10 have been informed of their designation as "irregular arrivals," which makes them subject to the new legislative provisions.

At a news conference in Stanstead, Immigration Minister Jason Kenney raised questions about the motives of the Romanian migrants, saying that many of them had already taken up criminal activities in Canada to repay the human smugglers. He added that instead of coming to Canada, they should have sought protection in neighbouring European Union countries if they feared for their personal security.

Mr. Kenney said his government actually wants to "break the business model of criminal syndicates that profit from human smuggling operations, like those that have been happening across this border." He criticized the fact that 80 per cent of all asylum seekers from Europe end up in Canada, a situation that he blamed on the government's generous social programs for refugee claimants.

"Canada and the Canadian provinces are about the only jurisdictions in the developed world that offer welfare, for example, and other social services to asylum seekers as soon as they arrive. That doesn't exist in the European Union," he said.

Ottawa's tough new stance is being harshly criticized in Ottawa, where the NDP said that the real solution is to increase spending at the Canada Border Services Agency and the RCMP.

"The government is going after those who are seeking immigrant or refugee status, when it's the human smugglers who are the real problem," said NDP MP Jean Rousseau. "We've been denouncing the situation for two months, and the border guards have not received any new tools to do their work." 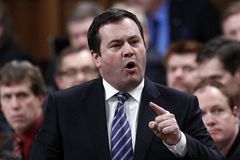 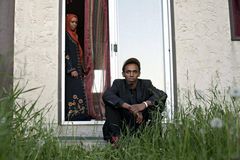 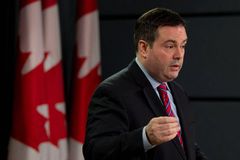