The federal government has quietly given Bill Clinton's charitable foundation a special designation that will allow it to receive indirect support from Canadian taxpayers.

That's a big advantage because Canadians generally can't donate to foreign charities and receive a tax break, and Canadian charities can't make grants to international charitable organizations (the only exceptions are gifts to the United Nations and some foreign universities attended by Canadians).

Without this designation, a Canadian giving $1-million to Mr. Clinton's foundation received no tax saving. Now that donor will get a tax break worth as much as $450,000.

The rare move was not publicly announced and it's not clear why the Arkansas-based foundation was selected. The Clinton foundation focuses on poverty, health and environmental issues around the world, but it is not particularly large by U.S. charity standards, with about $260-million in assets.

Charity experts say the process for getting this kind of special exemption is shrouded in mystery. "It is not transparent how organizations get on the list and one may wonder about favoritisms," said Mark Blumberg, a Toronto lawyer who works with charities.

Only a handful of foreign charities have received this designation. Until Mr. Clinton's foundation joined the list, five charities had this status: two Swiss-based organizations connected to the Aga Khan; the New York-based Council for Canadian American Relations; the Foundation for Canadian Studies in the United Kingdom; and the Washington-based Woodrow Wilson International Center for Scholars.

Malcolm Burrows, who heads philanthropic advisory services at the Bank of Nova Scotia, said charities on this list do not have to file annual reports with the Canada Revenue Agency, something all Canadian charities have to do. "It is an obscure part of the charitable giving system," Mr. Burrows said. "It's not well understood within the Canadian charity system and to the best of my knowledge there's no compliance regime around it either."

Officials at the Clinton foundation were unavailable for comment.

CRA spokesman Philippe Brideau said the agency couldn't comment specifically on the Clinton foundation. He said charities on the exempted list must demonstrate "that, except for the residency requirement, it would meet the requirements for registration as a charitable organization in Canada."

The only indication Mr. Clinton's foundation even got the designation came in an obscure notice posted on the CRA website last month. The document listed the names of foreign charitable organizations that had received gifts from the Canadian government since Jan. 1, 2000. The amount of the gifts, or why they were given, was not included.

Under CRA rules, once the government makes this type of gift, and the charity is approved by the CRA, the organization becomes part of the Canadian charitable system and can issue tax receipts. The designation lasts for two years but can be renewed.

According to last month's notice, the government made a gift to the Clinton foundation on June 2, 2010. Charity experts say the donation could have been as a little as $1,000 or a gift in kind. It also could have come from any federal department or agency. Mr. Clinton was in Haiti that day pledging $2-million (U.S.) from his foundation for reconstruction efforts.

Mr. Clinton is a big draw for the foundation, giving speeches around the world including more than a dozen in Canada since 2006. That helps the foundation pull in about $250-million annually in donations.

One of the foundation's largest donors is Vancouver mining executive Frank Giustra, who has pledged $100-million (Canadian) to the foundation. Two weeks after the federal government's gift to the Clinton foundation, Mr. Giustra joined Mr. Clinton and Mexican billionaire Carlos Slim in announcing plans to launch a $20-million (U.S.) fund to finance small business in Haiti.

Mr. Giustra declined comment. His spokesman said Mr. Giustra's gifts are made through his private Canadian foundation, called the Radcliffe Foundation, which has an agency agreement with the Clinton foundation.

In 2007, Mr. Giustra and Mr. Clinton set up a Canadian charity called the Clinton Giustra Sustainable Growth Initiative. It has about $12.6-million (Canadian) in assets, according to the charity's most recent CRA filing. Last year it spent $8.4-million on activities in Peru and Columbia, working in conjunction with the Clinton foundation. 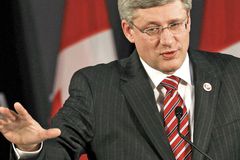