The Canadian government is proceeding with a controversial $15-billion arms sale to Saudi Arabia even as it publicly condemns Riyadh for a mass execution of 47 people, including a dissident Shia Muslim cleric.

Foreign Affairs Minster Stéphane Dion released a statement this week decrying the capital punishment meted out Jan. 2 and calling on the Saudis to respect peaceful dissent and respect human rights. Sheik Nimr al-Nimr, the Shia cleric, was executed along with 46 others convicted on terrorism charges.

But the biggest Saudi mass execution in decades – delivered by beheading and in a few cases firing squad – is not moving Ottawa to reconsider a massive deal to supply the Mideast country with armoured fighting vehicles. The transaction will support about 3,000 jobs in Canada for 14 years.

"A private company is delivering the goods according to a signed contract with the government of Saudi Arabia. The government of Canada has no intention of cancelling that contract," Adam Barratt, director of communications for Mr. Dion, said on Monday.

Federal rules oblige Ottawa to examine whether arms shipments to countries with poor human-rights records, such as Saudi Arabia, would endanger the local population.

This is no ordinary transaction between a Canadian company and a foreign customer.

The former Conservative government used its diplomatic resources to lobby the Saudis hard for this contract. A federal Crown corporation brokered the agreement on behalf of General Dynamics Land Systems Canada, a subsidiary of a major U.S. defence contractor.

The Canadian Commercial Corporation, the Crown agency that helps Canadian exporters access markets abroad, is the prime contractor, ultimately responsible for delivery of the light armoured vehicles to Riyadh.

Cesar Jaramillo, executive director of Project Ploughshares, an anti-war group that tracks arms sales, said on Monday that Mr. Dion's criticism of the mass executions carried out by Riyadh sounds unconvincing given Ottawa's unwillingness to cancel the arms sale.

"Canada's condemnation of the most recent gross human-rights violations by the Saudi regime rings somewhat hollow against the backdrop of the $15-billion worth of Canadian military exports that this very regime is set to receive with Ottawa's blessing," Mr. Jaramillo said.

The light armoured vehicles made by General Dynamics Land Systems in London, Ont., are marketed as equipped with automatic weapons. The LAV 6.0 model is described as having "effective firepower to defeat soft and armoured targets."

A spokesman for General Dynamics Land Systems on Monday said the company has entered the "material procurement phase" of the LAV contract, which means it is acquiring components and materials from suppliers to build the product.

The Department of Foreign Affairs is required to screen requests to export military goods to countries "whose governments have a persistent record of serious violations of the human rights of their citizens." Among other things, it must obtain assurances that "there is no reasonable risk that the goods might be used against the civilian population."

Human-rights groups say it is hard to imagine how the Saudi transaction could pass this test. Activists allege Saudi Arabia sent Canadian-made fighting vehicles into Bahrain in 2011 to help quell a democratic uprising. The Canadian government does not deny this happened. It says only that it does not believe the vehicles were used to beat back protests.

Most of the 47 executed on Jan. 2 were Sunnis convicted of al-Qaeda attacks in Saudi Arabia a decade ago.

Sheik al-Nimr, the most vocal critic of the ruling Al Saud family among the Shia minority, had come to be seen as a leader of the sect's younger activists, who rejected the quiet approach of older community leaders.

The prominent cleric's death has triggered a diplomatic war between Sunni-ruled Saudi Arabia and Iran, where Shia Muslims form the majority. Saudi Arabia cut ties with Iran on Sunday after an angry mob stormed its embassy in Tehran.

"Iran continues to be a dangerous state sponsor of terrorist groups around the world. When Iran moves away from its terrorist activities, Canada should then act to restore relations," Mr. Clement said.

He also sounded the alarm about the execution of Sheik al-Nimr and other dissidents, and called on Ottawa to press the Saudis to follow due process and respect human rights.

Mr. Clement said it is up to the Liberals now to answer for the arms sale, but he added that the Saudis are an important regional ally for Canada in the Mideast.

The Saudi embassy in Ottawa did not respond to a request for comment. 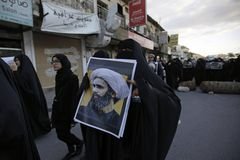 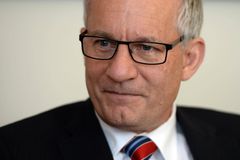