Federal Liberals invited a leading expert on guaranteed annual income to make the case at pre-budget hearings for a major overhaul of Canada's social safety net.

The invitation is further evidence that Liberals are exploring an idea that has been debated for decades but is now gaining momentum in Canada and abroad.

University of Manitoba health economist Evelyn Forget told the House of Commons finance committee on Thursday that evidence clearly shows the merit of replacing many existing social assistance programs with a guaranteed income of about $18,000 for every Canadian.

Additional income would be clawed back at a rate of 50 per cent until the benefit is fully repaid. The goal is to eliminate extreme poverty while keeping a financial incentive to work.

Prof. Forget said the benefits of such a policy include lower administration costs, less poverty and better health and education results.

"The likely benefits of a guaranteed annual income are many," she said, urging the government to fund new tests of the concept. "This is a pretty big change in the way we deliver social benefits in this country.… A lot of the conversation I'm hearing now about guaranteed annual income is very much like the old conversation about medicare. It's something whose time has come."

The Liberals did not specifically promise a guaranteed annual income during the federal election, but Families, Children and Social Development Minister Jean-Yves Duclos has been given a mandate to work with provinces and municipalities on a strategy to reduce poverty.

Mr. Duclos, a veteran economist who, before entering politics, wrote research that has both praised and questioned the merits of a guaranteed annual income, recently told The Globe and Mail he is pleased the issue is being discussed again, and that while it is not government policy now, he is interested in studying it.

Prof. Forget has conducted extensive research into the outcomes of a short-lived test of the idea, called Mincome, that took place between 1974 and 1978 in Dauphin, Man., and parts of Winnipeg. The pilot project was approved by the governments of Manitoba and Ottawa, but after changes in governing parties at both levels, the project was abandoned with little initial analysis of the results.

Liberal MP and committee member Robert-Falcon Ouellette said he invited Prof. Forget to appear because he wants his fellow Liberals to consider testing the concept in a couple of regions.

Mr. Ouellette, a rookie Winnipeg-area MP who lived in poverty at times as a youth, said he has met Manitoba residents who were part of the experiment in the 1970s and who recommend it as a model.

"Instead of spending money on all these little, different programs that might have people falling through the cracks, you give them the resources [and] they decide what it is they want to do with their own lives," he said. "Maybe it will come out that it doesn't work. But we don't know. We keep wasting our time and we keep debating it. Let's find out for real."

The mayors of Calgary and Edmonton have praised the concept, and Alberta Finance Minister Joe Ceci was a promoter before entering politics. The Quebec government recently announced a study on the issue led by Employment Minister François Blais, an economist who wrote a 2001 book that recommended a guaranteed income.

Conservative and NDP MPs on the committee expressed interest in further study of the issue.

In an interview, Prof. Forget said testing the program would require co-operation from the provinces, which are primarily responsible for programs that could be replaced, such as welfare.

However, another option would be test it with willing First Nation communities, given that Ottawa delivers social programs on reserve.

"There's usually support among the urban aboriginal organizations for something like a guaranteed annual income," Prof. Forget said. "It gets a little bit more difficult when you start talking about reserves."

Prof. Forget said her main concern is that a guaranteed income could discourage some youth from entering the work force, meaning job-training might be required for some people. 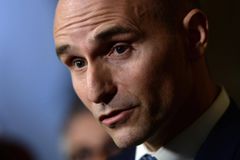 The guaranteed annual income: A little idea that might just solve some very big problems
February 14, 2016 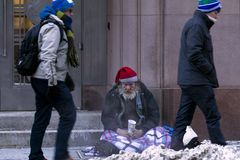 Opinion
Time for another look at a guaranteed annual income
January 29, 2016 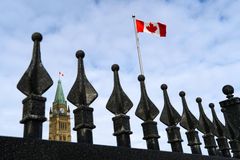