The federal government won't say whether the Trump administration has provided written assurances that Canadian dual citizens and permanent residents from countries targeted in a presidential directive will be allowed to enter the United States.

While the federal government said Sunday that it has obtained assurances from senior White House officials that Canadian dual citizens and permanent resident holders from those countries won't be stopped at the border, Canadian immigration lawyers say that does not mean the directives are reaching U.S. border agents or airline staff in this country.

Immigration Minister Ahmed Hussen was asked during Question Period whether he had sought written guarantees from the American authorities, but he did not offer a direct answer. He said only that the U.S. authorities have assured the government that anyone with a Canadian passport or a permanent resident's card would be granted entry.

New Democrat Hélène Laverdière asked in the House of Commons whether the Trudeau government has expressed its concerns about the order to U.S. authorities, but Foreign Affairs Minister Chrystia Freeland also did not answer the question. Rather, she responded by praising Ms. Laverdière, offering condolences to the victims of the shooting in the Quebec mosque, and saying it is her job to strengthen Canada's economic ties and to confirm Canadian values.

Canadian immigration lawyers are calling on the federal government to get written assurance from the Americans.

The situation for immigrants and refugees from the seven countries remains confused and chaotic, Lorne Waldman, the past president of the Canadian Association of Refugee Lawyers (CARL), said Monday.

"What is happening on the ground does not necessarily echo what we are being told because the policies are being applied by individual officers and that is the problem with the way [the executive order] was rolled out," said Mr. Waldman.

People travelling to the United States through airports that do not have prescreening by U.S. customs could have a particularly difficult time, said Mr. Waldman, because the screening in those places is done by airline staff. Airlines err on the side of caution because they are fined if they allow people who are ineligible to enter the United States to board a plane that is destined for an U.S. city, he said.

Canadian airlines contacted on Monday indicated that they would be allowing Canadian dual nationals from the affected countries to board planes but they said nothing about permanent residents.

Janet Dench, executive director of the Canadian Council for Refugees, said there must be a public declaration from the United States to clarify the extent of the ban.

There was no response Monday from the U.S. Customs and Border Protection Agency, the U.S. Department of Homeland Security, or the U.S. embassy in Ottawa to a request from The Globe and Mail for written confirmation that dual citizens and permanent residents would be allowed into the United States.

The Canadian Border Services Agency said there have been cases of travellers from Canada being denied entry to the United States since the executive order was issued, but it was too early Monday to provide exact numbers of a full assessment of the situation.

The order issued by Mr. Trump banned "nationals" from the seven Muslim-majority countries for the next 90 days.

Advocacy groups asked the Canadian government to suspend the Safe Third Country Agreement with the United States as a result of Mr. Trump's directive. The agreement stipulates that most people cannot make a refugee claim at a Canadian border crossing if they are entering through the United States, as it is considered a "safe" country for refugees.

The House of Commons is scheduled to debate the implications of Mr. Trump's controversial executive order Tuesday evening. 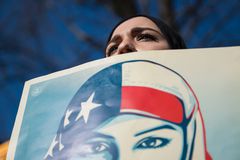 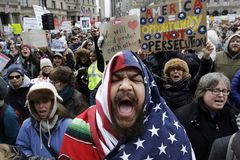 Follow Gloria Galloway and Michelle Carbert on Twitter @glorgal @michellecarbert
Report an error Editorial code of conduct
Due to technical reasons, we have temporarily removed commenting from our articles. We hope to have this fixed soon. Thank you for your patience. If you are looking to give feedback on our new site, please send it along to feedback@globeandmail.com. If you want to write a letter to the editor, please forward to letters@globeandmail.com.
Comments