A committee of current and former parliamentarians has concluded that incidents of anti-Semitism are growing in Canada, especially on university campuses.

But critics say the work of the Canadian Parliamentary Coalition to Combat Anti-Semitism (CPCCA) was nothing more than a poorly disguised attempt to suppress legitimate criticism of Israel.

In a news release issued Thursday before the official presentation of its report – a release that comes more than a year later than the committee planned – the coalition calls on the government to "combat the wave of anti-Semitism we are witnessing in our nation."

Mario Silva, the former Liberal MP who was a co-chairman of the committee, said the report could not be timelier, "when Canada is witnessing an unprecedented increase in anti-Semitic incidents and hateful discourse."

The committee recommends that police forces across Canada be better trained to deal with anti-Semitism; that universities host conferences to counter events such as "Israeli Apartheid Week"; and that there should be a clear definition of what anti-Semitism entails.

But critics have said the committee, with a couple of exceptions, shut out the voices of those who disagree with the its premise that there is a "new anti-Semitism" expressed by those who label Israel a racist state and who compare the policies of the Israeli government with those of South Africa under apartheid.

The CPCCA countered that it did not want to limit reasonable criticism of Israel. But it also explained that "anti-Semitism is being manifested in a manner which has never been dealt with before. … This problem is especially prevalent on campuses where Jewish students are ridiculed and intimidated for any deemed support for the 'Nazi' and 'apartheid' State of Israel, which is claimed to have no right to exist."

The committee was made up of MPs from three of the four federal political parties that were elected to sit in the House of Commons in 2008. It has been investigating the nature and extent of the problem in Canada since November of 2009 and hosted an international conference on anti-Semitism in Ottawa last November.

As an independent body, and not an official an official committee of the House of Commons, the CPCCA used Parliamentary resources including meeting rooms and translation services. But it could not summon people to testify. Nor was it compelled to explain its sources of funding - and refused to do so until the report was released.

On Thursday, Scott Reid, the Conservative MP who chairs the CPCCA's steering committee, said the final costs not including those covered by taxpayers were about $100,000 which was raised through anonymous donations from individual Canadians.

During its inquiry, the CPCCA called for written submissions on anti-Semitism. But many dissenting groups - including Independent Jewish Voices Canada, Seriously Free Speech, and Canadians for Peace and Justice in the Middle East - that responded to the request and asked for the chance to testify were not invited to appear.

MPs from the Bloc Québécois who were initially part of the coalition dropped out last year, saying the CPCCA was "biased" in favour of Israel and against Palestinians. Michel Guimond, the Bloc Whip, told a Quebec newspaper at that time: "We consider the coalition is tainted, partisan and presents a single side of the coin."

Some MPs who remain part of the coalition say they argued that the dissenting organizations should participate but were overruled. 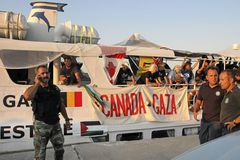 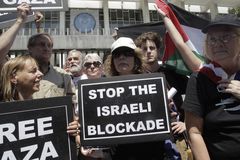