The Harper government's plan to ban corporate and union loans to political parties will further tighten a revenue-raising vise on the opposition parties. The Liberal Party will be especially squeezed, as it prepares for a leadership race in 2013.

The goal of the legislation, which was introduced into the House Wednesday by Democratic Reform Minister Tim Uppal, is "to reduce the potential for undue influence of wealthy interests in the political process," according a government release.

But the effect could be to further widen the gap between the Tories' revenue-raising efforts and those of other parties, who badly trail in total campaign contributions from individual donors.

Although the Chrétien government banned corporate and union donations to political parties, it is still possible for them to advance loans to parties and to candidates. Under the new law, such loans would be banned.

Individuals will still be allowed to lend money, but their combined loans and donations will not be allowed to exceed the $1,100 annual contribution limit.

Banks and other accredited financial institutions will be able to lend money to parties and candidates, and political parties can lend money to constituency associations or candidates. But the terms must be publicly disclosed, including the amount, interest rate and the names of the lenders and guarantors, allowing other parties and the media to know who is in hock to whom and for how much.

The Liberal Party warns that the legislation could give financial institutions too much influence in the political process.

"The ones who will decide who is able to run will be the banks, and we know they don't want that role," said Stéphane Dion, the Liberal critic for Democratic Reform.

The new law could also disadvantage women, who sometimes have more difficulty establishing credit with financial institutions, he said.

The Liberals have not decided whether to support the bill. But the NDP is behind it.

"While we still need to study this legislation carefully, we strongly support this effort in principle," said NDP Democratic Reform critic David Christopherson. The party has argued for similar restrictions in the past.

Under the legislation, constituency associations and political parties will be liable for any loans that candidates are unable to pay off through fundraising. Several candidates from the 2006 Liberal leadership campaign still haven't succeeded in paying off their debts. Since that matter is before the courts, it is unclear whether the Liberal Party might ultimately become liable for those debts.

Over all, the new loan restrictions will at least temporarily advantage the Conservatives, who have successfully developed a much more extensive base of individual donors than the Liberals or New Democrats.

The new rules will not come into effect until six months after the bill receives royal assent, and so will not apply to the current NDP leadership race, which ends in March. But the Liberals will not choose their leader until some time in 2013, and the legislation is likely to apply to candidates in that race.

Similar legislation was introduced previously, but failed to pass before Parliament dissolved.

Tory fundraising juggernaut outpaces all other parties combined
May 3, 2018 Harper turns off taxpayer-funded tap for political parties as promised
May 3, 2018 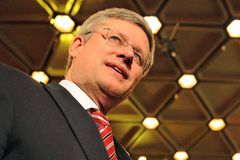 How much will killing per-vote subsidy stack odds in Tory favour?
April 30, 2018 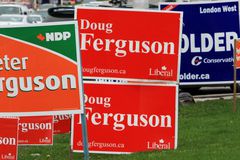 Per-vote subsidy but a fraction of taxpayer support for political parties
April 30, 2018 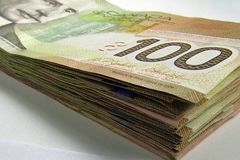