A week after revealing that General Walter Natynczyk took a government jet to a Caribbean vacation, CTV is reporting that Defence Minister Peter MacKay used one of only three search-and-rescue helicopters available in Newfoundland to depart a vacation spot last year.

The network says Mr. MacKay was picked up at a private salmon fishing lodge along the Gander River last July by a Canadian Forces Cormorant helicopter.

Military sources told CTV that the order to collect MacKay came from the Defence Minister's own office. They said this was the only time on of the helicopters had been used as a "shuttle service."

"After cancelling previous efforts to demonstrate their search-and-rescue capabilities to Minister MacKay over the course of three years, the opportunity for a search-and-rescue demonstration finally presented itself in July of 2010," Mr. MacKay's spokesman, Jay Paxton, told The Globe and Mail in an e-mail on Thurdsday. "As such, Minister MacKay cut his personal trip to the area short to participate in this Cormorant exercise."

Apparently the search-and-rescue technicians, who have been lobbying for replacements for their fixed-wing Buffalo aircraft, had been urging the minister for some time to participate in a chopper demonstration.

DND documents say the total annual cost per flying hour is $32,232 to operate a Cormorant helicopter, and Mr. MacKay's flight was about 30 minutes long.

It was Mr. MacKay who gave Gen. Natynczyk permission last year to travel from Canada to the Caribbean to meet up with his family, who had gone ahead on a planned vacation while he stayed behind to greet the bodies of soldiers and a journalist who had been killed in Afghanistan.

After initially refusing, the Chief of Defence Staff says he will repay the cost of the flight if the Prime Minister's Office so desires.

Union Jacks are popping up on Parliament Hill in advance of the arrival of British Prime Minister David Cameron, who will address politicians in the House of Commons late Thursday afternoon.

Mr. Cameron was with Prime Minister Stephen Harper at the United Nations this week where the two participated in a meeting of the Friends of Libya and will follow Mr. Harper back to Ottawa on what will be his first solo trip to Canada. (He was here a last year for the G8 and G20 summits in Muskoka and Toronto.)

His arrival in the capital is just one more reminder of the relationship between Canada and the country which was, for several centuries, its colonial master.

Two months ago, Prince William and his new bride, Catherine, Duchess of Cambridge, lent Canada Day some star power after thousands had lined up to greet them on their first official foreign trip. They went on to wow people all over the country.

And the Conservative government has also done its bit to reinforce the ties – renaming the navy and the air force with the word Royal and insisting that all embassies, by the middle of this month, display prominent pictures of the Queen.

Mr. Cameron will have some time for a private chat with Mr. Harper before his speech. It is anticipated the two will discuss Libya and the current state of the global economy, including the European debt crisis.

Mr. Cameron is the first British Prime to address Canada's Parliament in a decade. The last to do so was Tony Blair in February of 2001.

The appearances of the two officers of Parliament comes after Christiane Ouimet, the former Public Sector Integrity Commissioner, resigned in the face of a damning audit last year that found her office had done little in the way of investigation while she herself had berated and harassed staff.

The annual report by Ms. Ouimet's replacement, Mario Dion, was released this week. While one might assume that public servants would be reluctant to act as whistle blowers after the debacle involving Ms. Ouimet, it suggests the opposite was true.

The report says "the number of inquiries, disclosures and complaints of reprisal to the Office, perhaps because of the heightened media attention, increased toward the end of the fiscal year. The report on the level of activity of 2011-2012 will allow the PSIC to determine if this increase is either a temporary hike or a sustained trend." 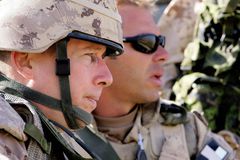