Helena Guergis's many troubles have followed her into life after politics.

The former minister of state for the status of women, who lost her cabinet post and her place in the Conservative caucus over allegations of impropriety levelled by the Prime Minister, has been found guilty of violating the Conflict of Interest Code for members of Parliament.

In a report released Thursday, Ethics Commissioner Mary Dawson said she was forced to conclude that Ms. Guergis had used her position of MP to further the business interests of her husband, Rahim Jaffer.

It is just the second time in the four years since she was appointed to her post of commissioner that Ms. Dawson has found that a politician crossed ethical lines.

Ms. Guergis, she said, violated the MPs' code when she wrote a letter in September of 2009, asking municipal officials in her Simcoe-Grey riding to consider a proposal from Wright Tech Systems Inc., a company that was doing business with Mr. Jaffer, a former Conservative MP.

The conflict-of interest code prohibits MPs from using their parliamentary office or duties to further their personal interests, those of family or any other person.

"I concluded that Ms. Guergis contravened section 8 of the Code by sending the letter relating to Wright Tech because she was acting in a way to further Mr. Jaffer's private interests," Ms. Dawson wrote in her decision.

"I also concluded that she contravened section 9 because the letter was directed at influencing the decision of the warden and council of Simcoe County in a way that could further her husband's private interests."

The ethics commissioner said her office faced a number of challenges during the fact-finding stage of the inquiry because of "substantial inconsistencies and gaps in the testimony of important witnesses" and significant problems in obtaining documentary evidence.

Ms. Dawson said in her report that Ms. Guergis and Mr. Jaffer appeared to have difficulty remembering details of what transpired around the time the letter was written.

There was some evidence, for instance, that Ms. Guergis drafted the letter even before Wright Tech chairman Jim Wright asked that she approach the council on his behalf. "If the drafting had begun before Ms. Guergis's conversation with Mr. Wright, this would raise the possibility that Mr. Jaffer had made a direct request to Ms. Guergis to write the letter," Ms. Dawson wrote.

The ethics commissioner undertook the inquiry after a request from Libby Davies, the New Democratic Party MP for Vancouver East. But Ms. Dawson said she was already preparing to raise concerns about the letter when Ms. Davies contacted her.

Ms. Dawson made it clear in her report that this investigation was not related to another letter she received from Prime Minister Stephen Harper on April 9, 2010, about Ms. Guergis. Mr. Harper's office also contacted the police about her possible involvement in drug abuse, wild partying and attempts to secure illegal contracts.

The Prime Minister expelled Ms. Guergis from the Conservative caucus and refused to reinstate her even after the RCMP cleared her of wrongdoing. She ran as an independent candidate in the spring election but was defeated by rookie Conservative Kelly Leitch.

The Helena Guergis challenge
April 29, 2018
Guergis faced questioning by Tories six months after being kicked out of party
April 29, 2018 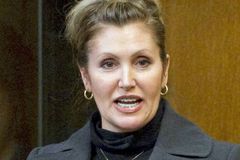