The NDP is linking the Conservative Party to a "dirty tricks" campaign in the last federal election, in which robo-calls were used to send voters to the wrong polling stations.

Basing their attacks on a report Thursday in the Ottawa Citizen, the Official Opposition called on Elections Canada and the RCMP to conduct a full investigation and lay appropriate charges.

"These tactics are a disgrace and those responsible must be held to account," Interim NDP Leader Nycole Turmel said in a statement. "The Conservatives were elected to clean up the Liberal-style scandals. Instead, they've made scandals of their very own."

Prime Minister Stephen Harper has denied any wrongdoing by his party, even as the opposition accuses the Conservatives of using a junior staffer as a scapegoat for the controversy.

"Our party has no knowledge of these calls. It's not part of our campaign," Mr. Harper told reporters on Thursday. "Obviously, if there is anyone who has done anything wrong, we will expect that they will face the full consequences of the law."

The Commissioner of Canada Elections, who enforces the Elections Act, has confirmed in a report to Parliament he is investigating complaints related to "crank calls designed to discourage voting, discourage voting for a particular party, or incorrectly advise electors of changed polling locations."

The RCMP is known to provide help to the commissioner and has played a role in the probe, according to the Citizen. The RCMP has yet to confirm that it is playing a role in the investigation and a spokesman for Elections Canada refused to comment on the matter.

However, the NDP seized on the report that crank calls in the spring election originated from a company called RackNine Inc., which has been used by Conservative officials on a number of occasions.

The company does not control the messages that are sent out by robo-callers, but its president has confirmed the firm is collaborating with the current investigation and has offered information on the account used to send out last year's crank calls.

At a news conference, Liberal MP John McCallum said it is probable he lost "at least one colleague" in Ontario because of the tactic, pointing to a number of tight races lost by Liberal incumbents last year.

He said it is too early to state whether the person behind the calls "had the authorization" of the Conservative Party, but he added the fact that robo-callers were active in more than one riding suggests a concerted strategy.

If Elections Canada does find evidence of wrongdoing, Mr. McCallum said he hopes it will be a "deterrent for such dirty tricks in the future."

"Even if it's just one seat, it's important," he said. "I'm not saying this would make a difference in terms of a Liberal majority government, but in a democracy, those who practice dirty tricks to subvert democracy should be caught and punished."

The Conservative Party responded to the attacks by stating it will not tolerate voter-suppression activities.

"The party was not involved with these calls and if anyone on a local campaign was involved they will not play a role in a future campaign," Jenni Byrne, the Conservative Party's 2011 national campaign manager, said in a statement.

"Voter suppression is extremely serious and if anything improper occurred those responsible should be prosecuted to the full extent of the law." 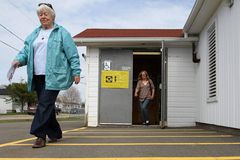 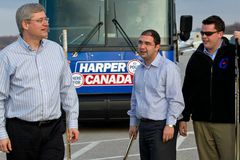 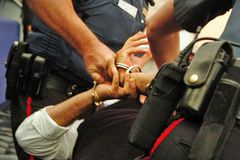 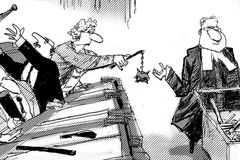 Do Conservatives now think they have carte blanche on dirty tricks?
December 16, 2011 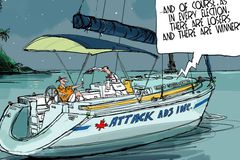