Stephen Harper called NDP House leader Libby Davies an extremist and then compared her to Helen Thomas, the long-time White House correspondent who was forced to resign recently over controversial remarks about Israel.

He didn't stop there.

He demanded that her boss, NDP Leader Jack Layton, fire Ms. Davies, a Vancouver MP, who is also the party's deputy leader, over remarks she made that questioned Israel's right to exist.

"I am looking forward to seeing the Leader of the NDP get up and unequivocally distance himself from the comments of his House leader and his deputy leader that have called Israel's existence an occupation," said Mr. Harper. "This is a fundamental denial of Israel's right to exist. It repeats the kinds of comments that were made by Helen Thomas on which she was forced to resign, and the member of the NDP who said that should be forced to resign as well."

It was a firey Question Period Tuesday, with the Prime Minister lashing out at Mr. Layton, who was trying to needle him about the deal reached between the Liberals, Bloc and the government over the release of the Afghan detainee documents.

The NDP walked away from the negotiations Tuesday morning, saying that they were a joke and the public would not be getting to the truth of whether there was torture of the prisoners.

"The coalition of the unwilling is on the march, unwilling to let members of Parliament do their jobs, unwilling to give them access to all of the documents that are necessary to be revealed … and unwilling to get to the bottom of the role that was played by both Liberals and Conservatives in covering up what they knew about torture in Afghanistan," charged Mr. Layton.

"Is the Prime Minister not ashamed about having put together this coalition of the unwilling to prevent the truth from becoming known to all Canadians?"

He never got an answer. What he got instead was a lot of heat and anger from the Prime Minister, who demanded Mr. Layton distance himself from Ms. Davies's remarks.

Mr. Layton did just that: "No one in our party has ever denied the right of Israel to exist."

Ms. Davies provoked this uproar after she gave an interview at an anti-Israel protest earlier this month, in which she said the Israeli occupation began in 1948.

It's a lengthy interview, which has been circulating around political Ottawa on Youtube.

The imbroglio over the Davies remarks, however, was not the only tension during the 45-minute session. The Liberals made sure of that.

They were again grilling the government about the hundreds of millions of dollars being spent on the two summits that will take place over three days next week.

Both Toronto Centre Liberal MP Bob Rae, who led off the questioning for an absent Michael Ignatieff, and Public Safety critic Mark Holland accused the government of running up costs because it sole-sourced contracts.

"The real question is we have an extraordinary number of contracts being let without tender and without competition, single-source contracts. We have to recognize the degree of the problem," charged Mr. Rae.

"My question for the Prime Minister is really a very simple one: Is he prepared to accept any degree of responsibility on his part, on the part of his government, for all the changes that took place, all the shifting of ground that took place for the change of venue?"

The Prime Minister was not; he said Mr. Rae was making "false" statements.

Mr. Holland tried the same line of questioning, charging that the costs were run up because of the two venues - Huntsville for the G8 and Toronto for the G20 _ and the lack of competition in awarding contracts.

"More than 85 per cent of the contracts the government has doled out were sole-sourced," he said. "Why? Who is getting these contracts and what connections do they have?"

Public Works and Government Services Minister Rona Ambrose said that "professional public servants" are managing the process, and it is being done fairly. 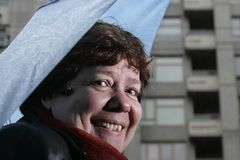